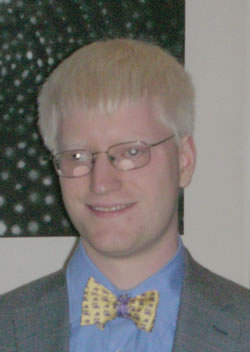 The seven finalists for the Award were featured in the October APS News. They were interviewed by the selection committee in Washington on September 3. 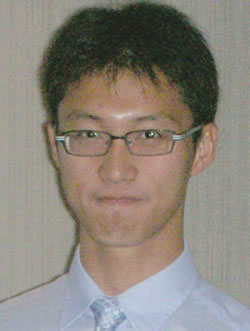 The selection committee then submitted its recommendation to the APS Executive Board, which approved the two recipients at its meeting on September 25.

The 2010 recipient from a non-PhD-granting institution is Christopher Chudzicki of Williams College, who did his research, on “Parallel Entanglement Transfer on Hypercube Networks” under the supervision of Frederick W. Strauch. The recipient from a PhD-granting institution is Chia Wei (Wade) Hsu of Wesleyan University, whose research on “Self-Assembly of DNA-linked Nanoparticles” was done under the supervision of Francis W. Starr.

Chudzicki and Hsu are now pursuing their graduate studies at opposite ends of Massachusetts Avenue in Cambridge, Massachusetts, Hsu at Harvard and Chudzicki at MIT.