Physics in a Diverse World—or, a Spherical Cow Model of Physics Talent 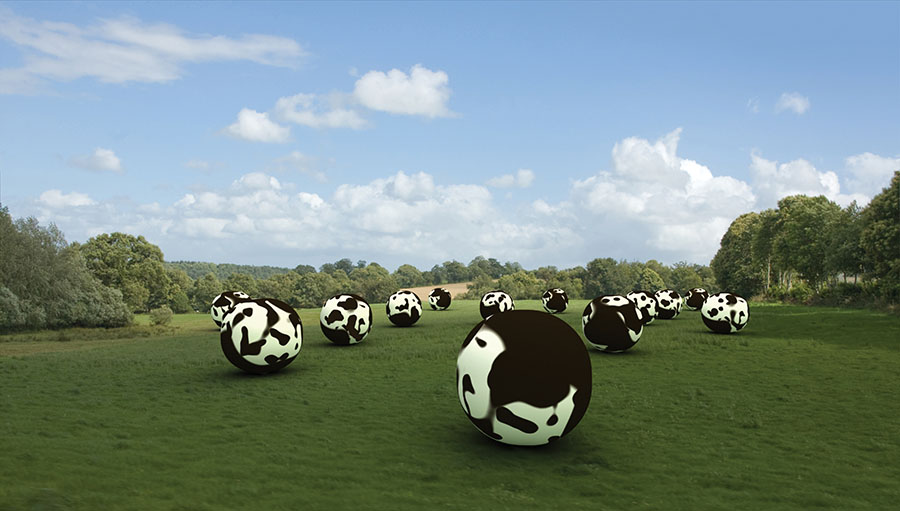 I suspect that many of you, when you think about diversity in physics, feel as I did for much of my life. We say to ourselves something like, “I am a good person and I would like to increase diversity in physics, but we face societal obstacles not of our own making and there is nothing I can do.”

I don’t want this article to sound judgmental, and I don’t want to hold myself up as a role model. In fact, I’m embarrassed that it took me almost 45 years to realize that assuming there’s nothing I can do is both morally untenable and bad for physics. For me, the epiphany came when I was chairman of the Harvard Physics Department in 1992, and it dealt with gender diversity.

By this time, I had been teaching at Harvard for over 15 years. Helen Quinn was at Harvard when I arrived as a postdoc, and we had many discussions about the dearth of women in physics. I knew it was a problem, but I didn’t see how I could help. I thought my job as a physicist was just to do good physics, and I thought my job as a teacher was just to organize a subject in a deep and interesting way (which I enjoyed), come up with devilishly clever problems (which I also enjoyed), and give lectures (which I was never very good at). I was lucky to be at an institution where I could get away with this and where I had a stream of spectacular graduate students. Our high energy theory group in the 1980s included Shelly Glashow and Steve Weinberg, so we had our pick of students who wanted to do particle phenomenology, and many of them ended up working for me, including four amazing women: Sally Dawson, Ann Nelson, Lisa Randall, and Liz Simmons.

Ann Nelson’s class in particular had a positive influence on the culture of the department. For example, they initiated a “Puppet Show” in which second-year students made anonymous fun of the faculty (represented by silly puppets) to give first-year students the real scoop about the department. This wonderful tradition is still going on. But the number of racial minorities in the applicant pool was still almost zero. And when the women graduate students tried to explain that there were real problems for women in physics, I still didn’t get it.

Meanwhile, I was having a wonderful time teaching undergraduate courses, too. Many undergrads hung out in my office, and I got to know many of them well. Again, some of the women tried to explain how difficult the physics culture was for them, but it wasn’t getting through my thick skull.

This changed when, in 1992, I saw data showing that the men who graduated in physics loved their time in the Harvard physics department, but the women hated it! And these were women who stuck it out and graduated, despite feeling like outcasts. Finally, I understood what the women had been saying. They were in an abusive relationship with the Harvard Physics Department. This was just not right.

So what’s wrong with saying, “there is nothing I can do”?

We do face societal obstacles, and we must do everything in our power to break them down. Many children who could become outstanding scientists cannot imagine careers as physicists, and far too many minority kids could not afford to pursue a physics career even if they dreamed of it. And it’s an understatement to say that one of our major political parties is not trying to change this. I know many of you are working hard with outreach and teaching to chip away at this problem.

But we also put up a daunting obstacle of our own making. Perhaps subconsciously, we see physics as survival of the fittest, and we look for the apex predator who will fight their way to the top of the food chain. So in our teaching, admissions, and hiring, and most importantly in our own heads, we make ordered lists and search for “the best.”

This isn’t surprising. We’re drawn to physics because we want real answers to real questions. We aren’t satisfied unless our understanding is quantitative and expressible in the language of mathematics. And we submit our answers to the ultimate test—quantitative comparison with experiment. So naturally, we tend to quantify our thinking about physicists: If white male applicant A is higher on our ordered list than minority applicant B, we must choose A, and there’s nothing we can do about diversity. But this is nonsense.

I am not suggesting naive affirmative action. Few things damage the cause of diversity more than choosing an applicant who is not outstanding. The first requirement for any candidate is that they must be able to do a great job. The trouble is that for physics, one doesn’t know exactly what the job is, and the assumption that we can unambiguously order outstanding people makes no sense. We physicists should know better than anyone that there are quantitative questions that don’t have answers, like which of two space-like separated events comes first.

Here, I want to talk to you established physicists out there. I know that each of you has incredible skills that you’ve worked hard to hone and use productively. But I also believe that each of you has a different cocktail of skills. I know there are some things I’m better at than other things; I see a similar diversity of skills in my students and colleagues. And looking back on my long career, I’ve had the privilege of collaborating with almost ninety amazing physicists, including dozens of winners of physics prizes. And I’ve gotten to know many people without actually collaborating (I shared an office for years with Ed Witten, a humbling experience). All these people are amazing intellects, but each is amazing in a unique way.

The conclusion I draw from years of physicist-watching is that if you want to quantify what makes a great physicist, you must use a space with many dimensions, a different dimension for each of the possible ways of thinking that may be important. I sometimes imagine a spherical cow model of physics talent in N dimensions where N is large and talent in each dimension increases from 0 at the origin to 1 at the boundary, the N-dimensional version of the positive octant of a sphere. This, I learned from Wikipedia, is called an “orthant.” Each point in my N-dimensional orthant is a possible set of talents for physics. Great physicists are out near the boundary, far away from the origin. If we assume that the talents are uniformly distributed, you can see that in my spherical cow model, the fraction of possible physics talents within ǫ of the boundary grows N times ǫ for small ǫ. If N is very large, as I think it is, then that means there’s a lot of space near the boundary—so there are a huge number of ways of being a great physicist, including many ways we haven’t seen yet. Diversity is critical to the future of physics, I believe, because it’s imperative that we explore this vast space of physics talent, and that means encouraging people who are different and who think and act differently.

You can quibble about the details of my spherical cow orthant, but I’d be happy if this helps you recognize how damaging it is to rely on one-dimensional, ordered lists of people. Such a list represents only some arbitrary, one-dimensional projection from some higher dimensional space. This is why I think that working for diversity in physics isn’t only a moral imperative—it’s also the most useful approach for the field of physics.

So what can be done?

If you teach, you probably have to give grades, but I think you should give students sub-grades for several ways of excelling, and you should keep track of each separately. This makes it easier to encourage a diverse set of students and to explain that the final grade is a somewhat arbitrary combination. You should get to know your students as people and celebrate their uniqueness. Instead of forcing a younger colleague into a predetermined mold, encourage them to develop, be proud of, and effectively display their unique strengths. Sometimes this also means working to help your older colleagues accept new ways of thinking.

At the national level, you need to learn about the outstanding minority physicists in your own subfields. Invite them to give talks. Nominate them for prizes.

The most important thing you can do for diversity is to hire diverse faculty. I have seen this effect for women in my own department. We still have a long way to go, but our women faculty have made big changes to the department’s culture and student morale. I look forward to the day when our department is equally diverse racially and culturally, which I believe will happen if we work harder to consider candidates as individuals with multiple skills rather than numbers in a ranked list.

Meanwhile, selection committees need to avoid overly rigid definitions of subfields, so they can search broadly. They need to avoid confusing aggressiveness or facileness with ability. They need to apply an appropriate implicit-bias factor for candidates who look like the selection committee and current department. They must look beyond the “old-boy network” and instead make a special effort to identify promising candidates who have not risen through the usual channels. None of this is easy.

There are certainly some rare super-super-stars who are so far out in the space of physics talent that they’re clearly unique. If you find another Ann Nelson or Ed Witten, you should hire her independent of her minority status. But most candidates, like most of us, will just be “ordinary” good physicists who have a combination of skills that, with luck, will sometimes be the right skills to solve important problems.

While I care deeply about these issues, I know my own view is narrow, personal, and probably outdated in many ways, because the landscape changes with time. So let me close with a quote from a Physics Today article by Ann Nelson, my former student and an extraordinary scientist and person, whose passing was an incalculable loss to physics:

“If your career is established and you are not making an explicit and continual effort to encourage, mentor, and support all young physicists, to create a welcoming climate in your department, and to promote the hiring of diverse faculty members, you are part of the problem. This is a critical issue of civil rights in our field.”

I’ve tried to argue here that this is more than a civil rights issue. It’s the best way to ensure that physics will continue to be great.

So what is your assignment?

Your first job is to do great physics and enjoy it and communicate your excitement to the next generation. But you owe it to this field that we love to work to increase its diversity.

The most important thing is to keep at it! This is a job for optimists. Progress will always be slower than we’d like. But progress won’t happen at all unless the good people who think that there’s nothing they can do actually wake up—and start doing.

Dr. Howard Georgi is a theoretical particle physicist and the Mallinckrodt Professor of Physics at Harvard University. This article is adapted from his talk at a conference of the Kavli Institute for Theoretical Physics in February 2022.