Q: What is a strategic plan and why does APS need one?

A: In general, it's a good idea for any organization to look ahead and decide where it wants to be in five years. It's easy to get buried in solving today's problems and forget the longer perspective.

The Strategic Plan from a few years ago (APS Strategic Plan: 2015-2017) was created before the APS corporate reform, when APS was run by a triumvirate. That Strategic Plan didn’t cover APS as a whole. For instance, publishing is a very important part of APS and the old Strategic Plan didn’t really address it. And one of the big issues now is open access—how do we respond to that without losing the peer review process that everyone values. 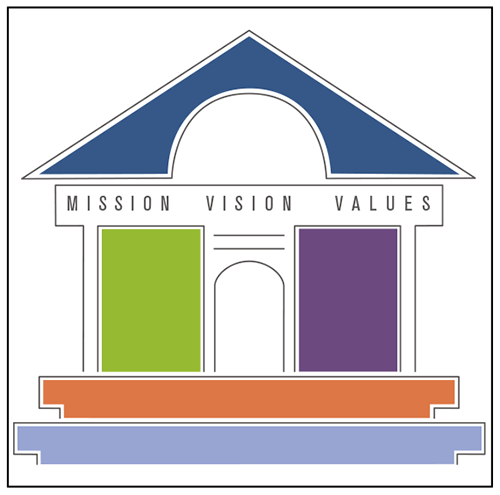 Q: How did the process for creating the new Strategic Plan work?

A: The planning for the new Strategic Plan was very thorough. There were four subcommittees that addressed various key issues. I would say the subcommittees really did a terrific job. They went out and identified their constituencies. They interviewed people in all of the supporting groups and committees that were relevant. And we had encouraged them to be bold. We told them not to stay inside the box and we reassured them that if their ideas were too bold, we might consider them, but we wouldn't necessarily publish them.

Each subcommittee wrote a very long report, much longer than anything that made it into the Strategic Plan. There are a lot of very thoughtful ideas in those reports. In compiling the Plan, the steering committee had to winnow the reports down. We obviously did not want a hundred-page document, and it needed to be lean and minimal. We also didn't want to tie the hands of the APS senior management in how they actually implement the Plan. So the strategic plan as published had to be kind of general. The subcommittees came up with many more ideas than appear in the final report and those will be considered by management over time.

Q: What was the role of the steering committee in arriving at the final Strategic Plan?

A: We met with the subcommittees early on to hear their plans for gathering input and to give them some guidance. Then there was a big exchange back and forth with the subcommittee chairs and the steering committee about their preliminary recommendations. We tried to identify areas that they shouldn’t put a whole lot of effort into—things that weren’t going to make it into prime time.

Then the subcommittees went off and talked some more and then they came back to give us final recommendations. With that input, the steering committee boiled everything down into the strategic plan.

The real work of the strategic plan was done by the subcommittees, but the steering committee also set up a very aggressive schedule and, to our astonishment, we actually made it. There were times in the summer of 2018 where we were having two or three two-and-a-half hour telephone conferences every week. We even called in from vacations in Oregon and Norway.

None of us wanted the process to drag on too long. It's also really important that something like this come out quickly after so many people put in so much work. And so there was one final meeting when we looked at each other and said, we are actually done.

Q: So, specifically your role was in chairing the Steering Committee, so you were seeing this from the highest levels?

A: The steering committee tried to give feedback like “This is a good idea, but it's probably not on the immediate radar, so don't emphasize it a lot.” It was also a matter of time-ordering because the subcommittees in total came up with a ton of really, really great ideas. But APS can only focus on so many things at once and it will have to pick and choose the ones that can be accomplished in a reasonable amount of time and postpone the ones that are just going to take longer to sort out.

Q: And the input information came from many sources?

A: Right, right. There were comments from the convocation, from the town hall meetings, and a member comment form on the APS website, although I don't recall there being a lot of input on the website. The subcommittees developed a long list of people to reach out to. And they got input from a lot of different stakeholders.

Q: In general, it sounds like it was a very comprehensive process of getting input from all levels and at least opening the website up to member comment and gathering ideas from lots of different sources.

A: Yes, and we also solicited input from the APS staff and not just the senior management. We asked for comments from the next level staff, because often the next levels of management down in an organization have really good ideas, things that could open up new avenues of thinking.

Q: In terms of the implementation goals on the radar for the coming year, there are things like the APS Innovation Fund and a new potential all-APS meeting. How were those selected?

A: All of the major initiatives had a proponent or often several proponents. Those proponents could have been a member of a subcommittee, or a subcommittee chair, or a member of the steering committee. I'm not quite sure how any specific initiative is going to work, but there's nothing wrong with trying things. If they don’t work, you give them up after a little while and do something else.

Q: What would you like members of APS to especially take away from the Strategic Plan?

A: I think the Strategic Plan manages to integrate all the aspects of APS into “one APS,” which has a been a mantra for some time and which we are slowly achieving. There are a lot of creative ideas about how the different branches of APS could interact better and work together more closely, which I think will benefit the organization. And then there are a number of ideas like the APS Innovation Fund that we hope APS members will get excited about.