X-ray spectroscopy encompasses many different techniques for characterizing materials on the basis of the high-energy photons the atoms absorb and emit. Among the Nobel laureates who worked with x-rays, a Swedish physicist named Karl Manne Georg Siegbahn stands out for his precision measurements of the electronic structure of atoms.

The saga begins in 1895 with the serendipitous discovery of x-rays by Wilhelm Roentgen during his experiments with cathode ray tubes. He was awarded the very first Nobel Prize in Physics in 1901 for this work. X-rays were understood to be part of the electromagnetic spectrum, but scientists initially struggled to demonstrate characteristics like refraction, polarization, diffraction, or interference common to light. Nonetheless, a physicist named Charles Barkla successfully used x-rays of various “hardness” (the degree of penetration, which is inversely related to the wavelength) to verify the atomic weight of chemical elements. He was inspired by the earlier work of Niels Bohr and Janne Rydberg (among others) on the connection between an element’s emission spectra and its place in the periodic table. 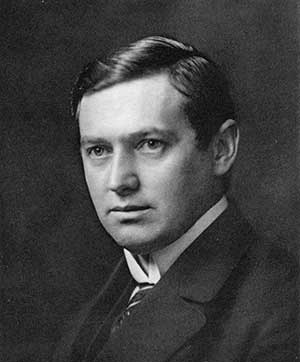 Barkla’s work established the principles governing the transmission of x-rays through matter and how so-called secondary x-rays were produced. Specifically, the penetrative power of the x-rays increased along with the atomic weight as Barkla worked his way through the periodic table. When the atomic weight became sufficiently high, he observed a new, softer kind of radiation that, in turn, became harder as the atomic weights continued to increase. He termed these emissions K and L radiation, and they formed the basis for distinguishing different elements from each other.

Henry Moseley conducted further studies of the x-ray spectra of elements, and derived a simple mathematical law by which an element’s atomic number—a better metric to distinguish between elements than atomic weight—was related to the wavelengths of the x-ray spectra. Moseley was killed on the battlefield during World War I and thus was ineligible for the Nobel Prize, but his work drew renewed attention to Barkla’s research. Barkla won the 1917 Nobel Prize in Physics for his discovery of the characteristic x-rays of many elements.

Among the earliest experiments splitting x-rays into a full spectrum of wavelengths were those performed by Max von Laue, who photographed x-rays as they passed through a set of crystals that acted as a diffraction grating. This garnered yet another Nobel Prize in 1914. William Lawrence Bragg worked out a much simpler theory of x-ray diffraction than Laue’s to determine crystal structure. Based on that theory, his father, William Henry Bragg, built a bona fide x-ray spectrometer that relied on reflection instead of diffraction. The father and son then used the instrument to determine the structure of several different crystals—which won them the 1915 Nobel Prize.

The stage was set for Siegbahn to make his mark. Born on December 3, 1886, Siegbahn was the son of a railway stationmaster in the town of Orebro, roughly 100 miles west of Stockholm. Following an obligatory stint in the military, he earned his Ph.D. from the University of Lund, with a thesis on the measurement of magnetic fields, and remained there as a faculty member until 1923.

Siegbahn initially used the same kind of spectrometer as Moseley when he started this line of research in 1914 but then made significant improvements when he built his own versions of the instruments. He made even more accurate measurements of the x-ray wavelengths produced by different atomic elements and quickly realized there were more components to the spectral lines Moseley had observed. As a result, Siegbahn was able to provide a near-complete description of the electron shell, among other accomplishments. Siegbahn and his pupils subsequently came up with an apparatus for analyzing an unknown substance to determine all the elements it contained, using a pair of two-hour x-ray exposures.

Siegbahn was awarded the 1924 Nobel Prize in Physics “for his discoveries and research in the field of x-ray spectroscopy,” but he received the prize the following year. The Nobel committee had rejected all 23 of the original nominations in 1924, declining to award the prize that year. So the prize was still open when Siegbahn won the following year. Max von Laue was among the colleagues who nominated him, stressing in a November 1924 letter to the committee how crucial a role Siegbahn played in measuring the wavelengths of the Roentgen spectrum so precisely.

Siegbahn went on to have a long and illustrious career, joining the faculty of the University of Uppsala from 1923 to 1937, where he proved that x-rays refract when they pass through a glass prism. In 1937 he moved to the University of Stockholm and also became the first director of the fledgling Nobel Institute of Physics. “In his contacts with people Siegbahn was a man of few words, but what he said was always to the point and his quiet manner was not to be taken as a sign of timidity,” his former pupil, Bengt Edlen, later recalled of his mentor. “On the contrary, he possessed a large amount of contagious self-confidence needed for bold enterprises.”

Siegbahn retired in 1964. His wife, Karin, passed away in 1972, and Siegbahn himself died six years later, aged 91. He was survived by two children, Bo Siegbahn and Kai Siegbahn. (Kai won the Nobel Prize in Physics in 1981, also for contributions to x-ray spectroscopy.) The standard length used to describe the wavelengths of x-rays bears his name, and there is still a Manne Siegbahn Laboratory at Stockholm University—two lasting reminders of his seminal contributions.