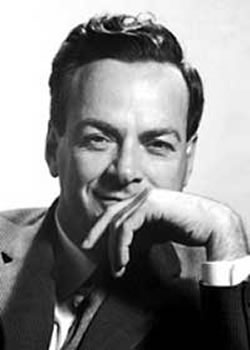 In 1948, Sir Arthur Eddington famously described the second law of thermodynamics as holding “the supreme position among the laws of nature,” lamenting that if one devised a theory found to violate that second law, “There is nothing for it but to collapse in deepest humiliation.” That hasn’t kept physicists from proposing the occasional speculative thought experiment on how one might violate the second law, thereby deepening our understanding in the process.

The most famous is “Maxwell’s demon,” first proposed by James Clerk Maxwell in the 19th century in a December 1867 letter to Scottish mathematician Peter Guthrie Tait. Maxwell envisioned a container of gas molecules in thermal equilibrium. An insulated wall divides the container into two chambers. An entity (the “demon”) opens a door in the dividing wall periodically to allow molecules moving faster than average to flow through in only one direction. Over time, this creates a temperature differential between the two chambers capable of being harnessed for work. Given the statistical nature of the second law, the demon appears to defeat the increase in entropy.

Nearly one hundred years later, Richard Feynman revisited the concept with his own thermodynamically-inspired thought experiment that appeared to violate the second law. Feynman grew up in Far Rockaway, Queens, and loved to solve puzzles from a very young age. When he was in high school, a student would often come to him in the morning with a geometry problem, and Feynman would work on it until he figured it out. Over the course of the day, other students would present him with the same problem, and he’d solve it for them immediately, earning a reputation as a “super-genius.” His entire career in physics was about solving ever-more-complicated puzzles.

Feynman joined the Manhattan Project in the early 1940s, while still a graduate student, evincing a mischievous penchant for breaching the Los Alamos security systems just for fun. He taught himself the art of safe-cracking and picked the locks on vaults containing the most sensitive secrets to building an atomic bomb. He never took anything. He just left taunting notes behind bemoaning the project’s lax security. In his later years, he developed passions for painting and playing the bongos.

In the 1960s, Feynman was a physics professor at the California Institute of Technology, and found himself involved in a three-year project designed to improve the instruction of Caltech’s undergraduate students. The result was a classic series of lectures that eventually found their way into published form: The Feynman Lectures on Physics. The tome has since sold well over 1.5 million copies in English alone, and continues to inspire budding young physicists today.

During one of those Caltech lectures, on May 11, 1962, Feynman described a “Brownian ratchet” device based on earlier work in 1912, by a Polish physicist named Marian Smoluchowski. Smoluchowski proposed a machine capable of  extracting useful work from heat in a system at thermal equilibrium. It features a small paddle wheel immersed in a fluid and a ratchet connected by an axle. The molecules in the fluid exhibit random Brownian motion and those collisions cause  the paddle to turn. The key is that a pawl prevents its rotation in the opposite direction, so the paddle will continue to turn in just one direction, and can be  harnessed to perform some kind of work.

Feynman’s updated version of Smoluchowski’s thought experiment was to demonstrate to his undergraduates that the ratchet will not rotate continuously in one direction. The pawl will also exhibit Brownian motion, jiggling up and down in such a way that occasionally the ratchet tooth will slip backward rather than forward. In fact, Feynman performed the first quantitative analysis of the device and concluded that over time the machine will ratchet backward as much as it moves forward, thereby canceling any possibility for extracting work, and most likely losing energy in the long run with no external energy source to keep it running. The only way to extract work from the system would be to find some way to create a temperature differential between the air on either side of the device–the same basic principle as a steam engine.

Feynman’s thought experiment has continued to interest physicists over the decades, even extending it to scenarios involving multiple ratchets. Eventually it led to developing the concept of Brownian motors: nanoscale machines capable of extracting useful work not from thermal noise, but from microscopic sources of nonequilibrium, such as chemical potentials.

In 2010, physicists at the University of Twente successfully demonstrated a machine based on the Brownian ratchet, using 2000 bouncing beads whose bouncing motion rotates a paddle inside the machine, to generate a small net excess of energy. In order to ensure that the paddle turned in one direction only, the Twente researchers covered one side of each vane on the paddle. This caused the beads to lose more energy whenever they hit the taped side.

It is a highly inefficient system; much of the energy is lost to heat and sound, and it doesn’t violate the second law. But it could shed light into the movement of biological molecules like RNA polymerase and protein kinesin. At those size scales, such molecules travel through the body along “tracks” in cells via a ratcheting mechanism–a phenomenon called back interaction. The Twente apparatus models that motion on a macroscale.

So while Eddington was technically correct in his assertion that the second law may not be broken, ingenious physicists continue to demonstrate that perhaps it can be bent.