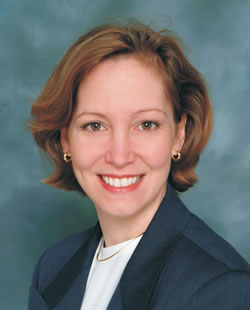 Most APS members would agree that physics is "international" in nature, but, many may not have realized the large number of APS members that are based outside the United States—nearly 25% of our members (excluding students). Despite our large international membership, however, many of these colleagues have commented in membership surveys that they feel APS activities are “US-centric” and lack relevance to physicists in their region. According to these surveys, most of our international members do not travel to the US for APS meetings, and do not participate in the “APS community” beyond reading journals and receiving Physics Today. Moreover, less than half (46%) of international respondents believed that APS meetings and programming reflect the interests of the international physics community, and overall, only 31% of respondents believed that APS provides international members with ample opportunity to comment upon APS priorities and activities. These same members, however, express eagerness to participate in APS more actively. For example, the verbatim comments from international members to the 2008 membership survey indicate that they would welcome a “more international outlook” from APS and would like more opportunities to connect with APS members.

While historically the percentage of international members has remained constant, the interest of the international community in APS membership could now be threatened in several ways. Along with the aforementioned survey results, several emerging trends may threaten the retention of our non-US members. A US-centric focus may be perceived as irrelevant (and even perhaps arrogant) to those outside the US, particularly in this era of globalization. The possibility of Open-Access, and the availability of peer-reviewed scientific information, may threaten the perceived membership benefit of our journals.

Today’s globalization causes increased expectations for better engagement of international members, especially as international issues increasingly cut across all aspects of the Society–research, industry, education, policy. For example, international R&D collaborations are on the rise and countries are partnering to build big facilities. Companies are increasingly multi-national and US companies are moving R&D facilities offshore. As the US competes for the world’s best talent, it needs to attract and retain first-rate students and scientists. National S&T policies are affected by global events and federal R&D funding influences US participation in international large-scale collaborations.

The feedback of international members, the threats to membership retention, and trends of today’s scientific globalization, make a review of the Society’s international focus timely. In May 2009, APS President Cherry Murray asked the Committee on International Scientific Affairs (CISA) to examine two important questions for the Society: Collectively, the APS leaders, the Executive Board, and CISA believe this is a critical time to engage our international members–they provide an important resource for addressing cross-cutting issues faced by the Society’s governance, and it is appropriate and responsible to ensure that international members feel served. In order to examine how APS might reach out to its international members, CISA investigated how other scientific societies address this same issue. In doing so, CISA conducted interviews and/or received written responses from leaders of the several scientific organizations, regarding benefits, services and outreach to non-US based membership. These groups included the Optical Society of America (OSA), the American Chemical Society (ACS), the Institute of Electrical and Electronics Engineers (IEEE ), SPIE, and the American Society of Microbiologists.

The results of this effort proved enlightening. First, CISA found that most societies included international members in their governance or international committees in some way.While no society offered membership benefits such as insurance, journals, etc. based on a member’s geographic location, or nationality, nearly every society that was interviewed had established formal programs operating outside of the US, to better connect with international members. These primarily fell in one of two categories: 1) “international chapters” or, 2) designated “regional contacts” who act as intermediaries between the society and members in their region.

These groups engaged in a large variety of activities, from hosting local meetings focused on technical topics and business networking, to reaching out to help young students. Each society varied in the level of support provided to these groups, and had established mechanisms for launching new activities for members outside of the US. The organizations remained mindful of the appearance of competition with other national societies in their region and encouraged their international sections to plan joint activities with these groups. The societies believed that supporting the communities outside of the US with opportunities to network provided a major benefit to international members. As the CEO of one society remarked, “Our overseas events allow much needed local connections, not only for the well funded globe roaming top echelon but for others less fortunate and especially for students.”

CISA’s Proposal for APS
As CISA deliberated on how the Society might better engage with members outside of the US, two important goals remained essential to any newly proposed program. First, any new initiative should not be just an “information-push” to international members, but must foster two-way communication, providing better channels for non-US members to bring issues of international interest and concern to the Society’s governance. Second, the APS should support opportunities for local engagement–enabling international members to engage in APS programs and activities without requiring overseas trips to the United States. This may include establishing regional contacts to ensure that activities match local interests, rather than pre-determined events decided upon by the Society’s US-based leaders. With these goals in mind, CISA brought the following recommendations to the Executive Board at its November 2009 meeting:

Recommendation #1: Expand the currently existing “Friends of APS” program to include members outside of the United States. The “Friends of APS” program, started in 2000, includes 159 participating US institutions. “Friends” are APS members who have agreed to help facilitate communication with other members at their institution and/or in their local community. Throughout the year, information is sent regarding membership, programs, and benefits for sharing with colleagues and students. While the Friends program has proven itself as a useful tool in communicating with APS members, it currently involves only APS members based in the United States.  CISA believes that expanding this program internationally will be help strengthen linkages with members and key institutions beyond US borders.

Recommendation #2:  Provide modest funds to support local events proposed by “International Friends.” As previously mentioned, most APS members outside the United States do not attend APS meetings, and many feel cut-off from US-centric activities. To augment the linkages from the International Friends program, APS could invite these non-US “Friends” to submit proposals for a small amount of funds to hold an event at their institution, in their local community, or in conjunction with another local/regional physics meeting. Providing such funds would enable international members to participate in APS events without traveling to the United States, and foster networking among members and collaborative events with other physics organizations. More importantly, providing resources for International Friends events encourages “pro-active” involvement in APS by international members.

When making this recommendation, CISA fully recognized that in 1999, the APS Council voted to amend the Society’s Constitution to reduce the number of voting members from 51 to 39, and the number of representatives at the Council table from approximately 65 to 42. At that time, one International Councilor with a two-year term was added, as foreign members had no direct representation on Council, and were thought to be at a disadvantage when running against US physicists for other elected Council positions.

Granted, other international representatives on the Council include a Councilor from the Forum on International Physics (FIP)–but this is typically a US-based physicist who represents a “program oriented” unit, rather than issues of the international community. Likewise, while the presidents of both the Canadian and Mexican physical societies are invited to Council meetings, they are “non-voting advisors” who did not seek Council membership. As they are from the same North American continent as the United States, they cannot be reasonably expected to provide the full breadth of international perspective for Council deliberations.

The recommendations were well-received by the APS leadership. At its November 2009 meeting, the APS Executive Board unanimously passed the following motion:

Any suggestion from the Constitution and Bylaws Committee must be reviewed and voted upon by Council, at least once (maybe twice) over the next year or two. Consequently, any of these changes to the Council would likely be implemented in late 2011, in time for the next round of International Councilor elections. While many of the details of these recommendations still remain to be fleshed out, CISA stands ready to assist the APS leadership in its endeavor to ensure international members are served. The International Office, CISA, and other APS Departments look forward to presenting new programs and opportunities for our international members over the upcoming years.

Amy Flatten is the Director of International Affairs of the American Physical Society (APS). Prior to joining APS, she served with the White House Office of Science and Technology Policy. She also worked in private industry along with holding a part-time faculty position with Johns Hopkins University’s Part-Time Engineering and Applied Sciences Program. She received her Ph.D. degree in Engineering Science and Mechanics from Georgia Tech.