APS Advocacy in 2017: Working Together to be a Voice for Physics

In 2017, the APS Office of Government Affairs (APS OGA, formerly the APS Office of Public Affairs) assisted Society members with nearly 15,000 contacts—phone calls, emails, and meetings—to their congressional representatives on crucial science policy issues. These endeavors included targeted approaches in specific states and districts, online campaigns for individual APS membership units, and activities at APS meetings. And in some cases, the House and Senate took action based on the overwhelming response from APS members.

At the APS Leadership Convocation, APS OGA met with unit representatives during the event to develop a common strategy to address the anticipated Trump Administration proposals to cut the fiscal year 2018 federal budget.

"We discussed a strategy for direct lobbying and grassroots advocacy on the federal science budget, as well as the need to build more champions for science in Congress," said Francis Slakey, APS Director of Government Affairs. Many of the units also agreed to partner with OGA on unit-specific, strategically timed grassroots advocacy campaigns throughout the year. This holistic approach to advocacy focuses on local impact and voices, supplemented by DC-based lobbying. 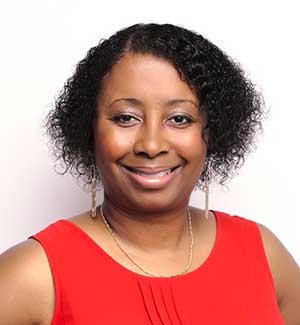 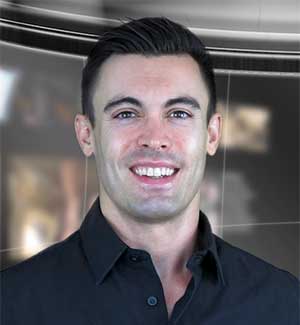 The discussion with unit leaders kicked off OGA’s new Integrated Advocacy Strategy, which has four steps:

The aforementioned authors met with the local congressional offices, often with positive results. For example, in the case of Jessica Winter of The Ohio State University, U.S. Sen. Rob Portman’s staff in Ohio visited the campus to meet with her and her colleague Chris Hammel and tour the physics department.

In most cases, the combination of the op-ed, grassroots advocacy, and a local meeting generated favorable and demonstrable support for science by the targeted member of Congress.

Campaigns for the Division of Nuclear Physics (DNP) and Division of Particles and Fields, which involved members of the Topical Group on Hadronic Physics (GHP), urged support for federal science funding, with examples of nuclear science and high energy physics. The Forum on Education (FEd) addressed science education funding, specifically for teacher preparation and informal programs, amplifying Karen King’s op-ed.

The Forum on Physics and Society advocated for Congress to increase the current caps on the federal budget. APS OGA also partnered with the Society of Physics Students to stress the importance of federal funding that enables undergraduate research, such as the Research Experiences for Undergraduates program. The Forum on Graduate Student Affairs (FGSA) advocated rejecting a proposal in the House "Tax Cuts and Jobs Act" that would tax graduate students’ tuition waivers.

The various campaigns often had substantial APS member participation and produced results. For instance, APS OGA worked with FGSA to first encourage the Senate to reject the House proposed tax on tuition waivers, and then to ask both chambers to not include it in the overall bill—reaching out especially to members on the conference committee negotiating the final version. The second phase also involved the Forum on Early Career Scientists and FEd. About 2,500 people sent nearly 7,000 messages to Congress in this two-stage campaign. Recipients included 27 out of 29 members of the conference committee—and this tax was ultimately not included in the final tax reform bill.

During the 2017 APS March, Division of Atomic, Molecular, and Optical Physics, and DNP meetings, APS OGA staff escorted congressional staffers to the student poster sessions to hear from local students. In March, physics students had opportunities to share the impact of their research with staffers representing Sens. Bill Cassidy (R-LA) and John Kennedy (R-LA)

"I very much enjoyed the opportunity to educate Senate staffers on Louisiana’s relationship to agencies such as NSF and DOE, using my personal experiences," said Noah Rahman, a Tulane University student researching solar cells.

In October, students who attended the DNP meeting in Pittsburgh were elated to discuss their research with a staffer representing U.S. Sen. Bob Casey of Pennsylvania.

"This opportunity was surprising. Usually, the only people who ask me about my research are the other physics majors, graduate students and professors," said Morgen Benninghoff, a junior at Duquesne University whose research on detectors could impact proton therapy treatments.

Through APS OGA’s new online Advocacy Dashboard, APS members can be advocates at any time on the Society’s main issues of the federal budget, energy and the environment. education, visas/immigration, and critical resources. APS OGA worked on these issues in 2017 through its lobbying efforts and activities with the APS Panel on Public Affairs (POPA).

In February, POPA issued its first ever report on an education issue: "Recruiting Teachers in High-Needs STEM Fields: A Survey of Current Majors and Recent STEM Graduates," which examined students’ attitudes toward teaching as a profession to determine how more of them might be encouraged to pursue it as a career.

In April, APS OGA hosted a workshop examining the use of neutrons in research and how to meet those needs without the use of highly enriched uranium. This workshop was broadcast live online to more than 50 participants who were able to pose questions to expert speakers and study committee members. The information gleaned from this workshop will inform an APS POPA report, to be released early 2018. A story with further detail is slated to be published in APS News in March.

Regarding energy and the environment policy, the APS Council approved a new statement on global energy in April, which was shepherded through the statement review process by the APS OGA staff. Additionally, the office recently completed its first portion of the APS greenhouse gas inventory, which is detailed in an article in the December 2017 edition of APS News.

Tawanda Johnson is Press Secretary and Gregory Mack is Government Relations Specialist in the APS Office of Government Affairs. A portion of this article was published last month in the APS GHP newsletter.