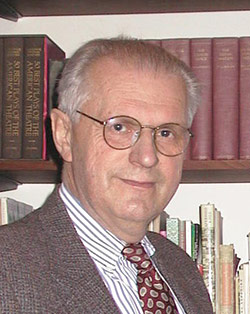 Much has been written about the various programs that the West provided to Russian, Ukrainian, and other countries’ scientists, among them the Nunn-Lugar Cooperative Threat Reduction Program (CTR), created in 1991. The purpose of the CTR Program was to secure and dismantle weapons of mass destruction and their associated infrastructure in former Soviet Union states. Alongside the CTR, and the APS assistance program mentioned above, the most important program was the International Science Fund (ISF), personally funded by financier George Soros, which dovetailed with the APS program and over a span of three years provided U.S. $100 million for research, teaching, and collaboration.

That was 25 years ago, but a new threat has arisen from Russia, affecting Ukraine’s security and economy, and the lives of hundreds of scientists and their families in eastern Ukraine. It all started with protests in Ukraine against a corrupt president, Victor Yanukovych and his government. Soon the peaceful protests turned ugly and violent when the president’s Special Forces “Berkut” contingent kidnapped, tortured, and killed over 100 innocent bystanders during the Kyiv ‘EuroMaidan’ protests. Included in these causalities was one of our own, Yuri Verbytskyi, a noted geologist. His tortured and burned body was found near the airport in Kyiv (Kiev) on January 21, 2014.

Much has happened since last year in January, and a full-blown war against Russian-backed separatists has been raging for some months now in Ukraine’s two easternmost regions, referred to as Donbas. First the “Masked Green men” (many former Berkut members) fled to Crimea, as it was unlawfully overrun and annexed by Russia, and then these forces started their war in Donbas. What started as a protest against a corrupt government developed into a full-scale war that has been fuelled by covert support of the Russian Federation, resulting in a million people being displaced and over 6,000 casualties. Additionally, it has been reported that over a thousand Russian soldiers have died in the conflict. Included in this tragedy are hundreds of scientists who often escaped the war zone with just their lives, leaving everything behind. Journalist Richard Stone has written about this dire situation in the January 2, 2015 issue of Science. A fragile ceasefire exists today but nothing has been resolved to bring peace and a return to normalcy.

As in 1992, APS is again being asked to help by its sister organization and colleagues in Ukraine. On January 12, 2015, the Ukrainian Physical Society (UPS) president, Maksym Strikha, sent an appeal to the European Physical Society, APS, and others to help the displaced physicists currently being relocated in various labs and classrooms outside the war zone. Many of our colleagues from the Donbas region are currently located in various labs and classrooms outside the war zone. Donetsk State University, one of several universities evacuated from Donbas, has been reorganized in Vinnitsa, some 300 miles from Donetsk, where faculty, their families and over 1,000 students are temporarily living.

Amy Flatten, APS Director of International Affairs, has responded to the appeal. “APS develops outstanding outreach and education materials that can respond to requests by the Ukrainian Physical Society. In addition, we will offer free APS membership though our Matching Membership program and will partner with the APS Forum on International Physics and Committee on International Scientific Affairs to leverage other resources for Ukrainian colleagues,” says Flatten. APS has also discussed partnerships with CRDF Global that can help bring Ukrainian physicists to the United States for workshops tailored to both new and experienced faculty in physics and astronomy.

CRDF Global, a U.S.-based non-governmental organization with an office in Ukraine, organized a symposium at the recent American Association for the Advancement of Science (AAAS ) annual meeting, bringing to California Ukraine’s Minister of Education and Science, Serhiy Kvit, and Nataliya Shulga of the Ukrainian Science Club. Kvit spoke not only at AAAS but at Stanford University, the San Francisco World Affairs Council, and at several private gatherings to call attention to the dire situation of Ukrainian science.

CRDF Global is consolidating funds from private sources to support scientists in Ukraine. Among their many efforts, they are working to identify, procure, and transport new or used equipment to displaced physics, chemistry, and biology departments, and seeking to provide emergency research funds. Those interested in helping should contact CRDF Global’s Ukraine team (Ukraine@crdfglobal.org).

I urge my fellow APS members to reach out to our Ukrainian colleagues. As an organization, APS can help by offering a variety of tools and technical assistance for the affected scientists to function in their temporary environment. However, all of us individually can offer moral assistance by reaching out and making contact with Ukrainian colleagues. You can do this through the UPS office (ukrphysicssos@ukr.net) or individually if you have friends there. The UPS has organized a task force to provide assistance to the displaced physicists. Additionally, many Ukrainian scientists have recently immigrated to the U.S., including young people who came here to study and are currently at U.S. universities and industry. Urgent help is needed and I ask you to reach out.