This award recognizes doctoral thesis research of outstanding quality and achievement in nuclear physics. The annual award consists of $2,500, a certificate, travel reimbursement, and a registration waiver to receive the award and give an invited talk at the Fall Meeting of the APS Division of Nuclear Physics.

This award was endowed in 1985 by members and friends of the Division of Nuclear Physics. It was given bi-annually until becoming an annual award in 1999.

Nominations are open to any person who has received a Ph. D. degree in experimental or theoretical nuclear physics from a North American university within the two-year period preceding the current nomination deadline.

If a candidate is not selected, they may be renominated for this award provided all other eligibility criteria are still met. In this case a new nomination package must be submitted.

Erika M. Holmbeck
Observatories of the Carnegie Institution for Science 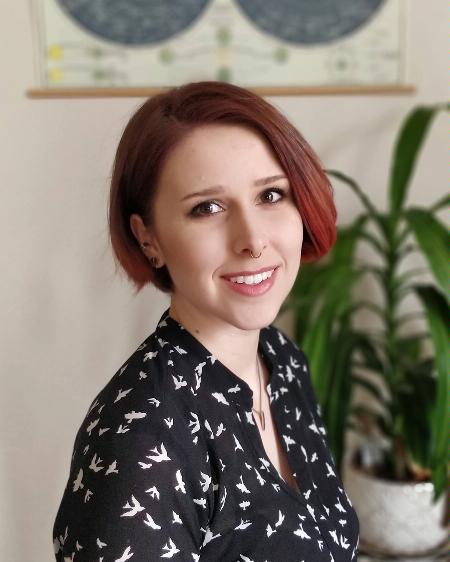