APS has sent a letter to President-elect Joe Biden’s transition team, requesting that he consider policy recommendations across six issue areas while calling for his administration to “set a bold path to return the United States to its position of global leadership in science, technology, and innovation.”

“Many of our recommendations align with plans you offered during the campaign and can be executed immediately, within your first 100 days in office, or as part of your initial budget request to Congress. Their implementation would dramatically improve the current state of America’s scientific enterprise and put us on a trajectory to emerge from the pandemic prepared to both compete and cooperate with our global counterparts,” wrote Bucksbaum.

Current APS President Jim Gates added, “These priorities will not only benefit the physics community, but they will, if implemented, lead to outcomes that could improve the lives of many Americans.” 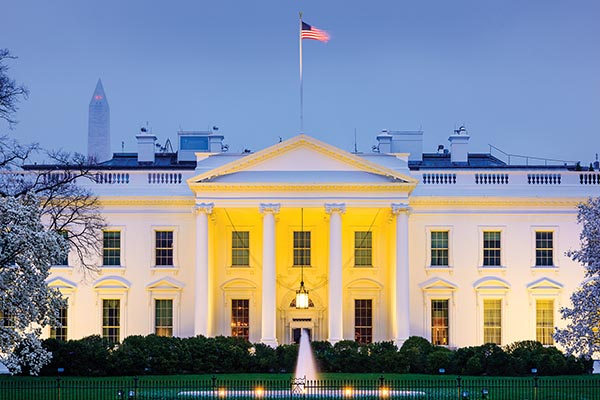 The recommendations, as stated in the letter, are as follows:

Stimulus Support for Scientific Community: Provide supplemental funding of at least $26 billion, as outlined in the Research Investment to Spark the Economy (RISE) Act, for the federal science agencies in any future COVID relief legislation.

Visas and Immigration: The following actions should be taken to help return the United States to a destination of choice for international students and scholars and ensure that employers are able to recruit and hire talented individuals from around the world:

Domestic Workforce: The following actions should be taken to help create a STEM workforce that more closely reflects the diversity of our nation:

Nuclear Threat Reduction: The following practical steps should be taken to reduce the nuclear threat:

Climate Change: The following actions should be taken to reduce the emissions, and ultimately the concentration, of greenhouse gases:

Mark Elsesser, Interim Director of the APS Office of Government Affairs, said the Society is eager to work with the Biden Administration to bring these recommendations to fruition.

“APS has a long history of serving as a credible and reliable resource for policymakers in the White House and across the executive branch agencies. The Society will continue that trend under the Biden Administration and others to come,” he said.

The full text of the letter is available on the APS website.