Exploring the Cosmos with Nobel Laureates

Despite a sudden shift from in-person to online, this year’s April Meeting, which took place from April 18 to 21, attracted thousands of attendees and featured an exciting slate of speakers. In years past, the Kavli Foundation Keynote Plenary Session has kicked off the first day of the meeting with talks from high-profile physicists, and this year was no exception: the keynote session featured three Nobel Laureates who have made extraordinary contributions to our understanding of the cosmos.

2019 Nobel Laureates James Peebles and Michel Mayor were joined by 2001 Laureate Eric Cornell for the Saturday morning session themed “Exploring the Cosmos.” Didier Queloz, who shared the Nobel Prize in Physics in 2019 with Peebles and Mayor but was unable to attend the Saturday session, also spoke at the April Meeting during Tuesday’s plenary.

As a pioneer of theoretical cosmology, Peebles, the Albert Einstein Professor Emeritus of Science at Princeton University, made early contributions that have influenced many aspects of cosmology research. In his talk “Exploring the Universe,” Peebles recounted the development of theories and advances within the field of physical cosmology, which seeks to explain the large-scale dynamics and origin of the universe. Among his contributions to the field are the prediction of the cosmic microwave background (CMB) in 1964, and the proposal of a theory of cold dark matter, a main focus of his talk.

Peebles recalled being urged by his advisor Robert Dicke, another accomplished cosmologist, to pursue the question of a theory of microwave radiation in the universe—a project he expected to last a short time before moving on to a new project. This led to their 1964 prediction of CMB radiation, a remnant from the early stages of the universe, which was soon detected by Arno Penzias and Richard Wilson, proving Peebles’ and Dicke’s predictions. 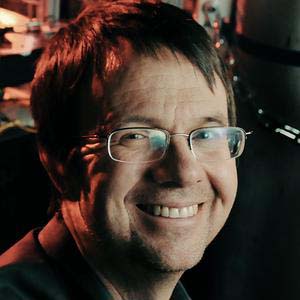 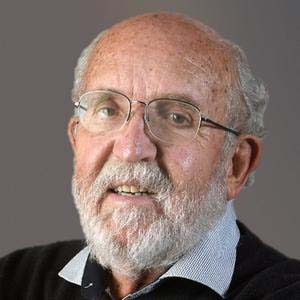 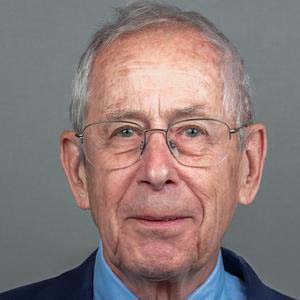 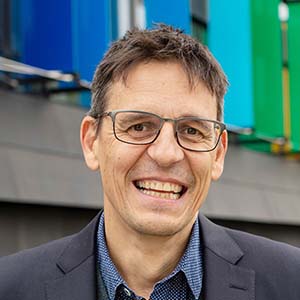 In 1982, Peebles proposed the existence of a new component of matter that would explain differences between the distribution of radiation and matter clumping in the early universe: cold dark matter. Two years later, he would add the cosmological constant lambda (Λ) to the theory to describe universe expansion due to dark energy, creating the ΛCDM model. The simplicity of Peebles’ model led to its popularity: “The CDM concept was much more popular than I ever thought sensible—after all, it had not taken me much time to put together the pieces,” he recalled.

The simplicity of the ΛCDM model in accounting for a number of properties in cosmology, like the structure of the CMB and the expansion rate of the universe, has led to it being a prevailing model within physical cosmology, even without the direct detection of dark matter.

“We can only probe those aspects of nature that circumstances allow…maybe non-baryonic dark matter in its largest components will never be detected—that would be frustrating,” said Peebles, to conclude his talk. “But let us celebrate how deeply we’ve been able to probe the world on a vast range of scales and just how much there is left to explore.”

Mayor, a Swiss astrophysicist and Professor Emeritus at the University of Geneva, shared the 2019 Nobel Prize for his discovery, alongside Queloz, of the first extrasolar planet orbiting a sun-like star in 1995. His plenary talk, “Exoplanet: Twenty-five years of discoveries,” detailed the past century of exoplanet research, from a time when very few exoplanets were expected to exist to today’s search for Earth-like planets beyond our solar system.

According to Mayor, a big question in early 20th century astronomy was how many planetary systems exist in the Milky Way, and it wasn’t until the last half of the century that it became apparent that the number is huge. The development of new ideas in the 1980s and 1990s for exoplanet research techniques and the first direct images of accretion disks from stars—which were indicative of possible planetary formation—paved the way for the identification of 51 Pegasi B, a Jupiter-like planet orbiting a solar type star.

In the past 40 years, since the first spectrograph for exoplanet research was employed in 1977, precision spectroscopy has improved to the point where exoplanet searches can identify lower mass planets. Other advances in exoplanet surveys enable investigations in a number of areas including the constraints of planetary formation, analysis of the chemistry of planets, and answering what Mayor called his “most important point: is there life in other places in this cosmos?”

To continue the exploration of the cosmos, Cornell introduced “The Three-Legged Stool,” his metaphor for combining three approaches to better understanding the early universe and new particle physics: telescopes and “telescope-like-things," which includes LIGO; accelerators like the LHC; and precision measurement. Cornell, a professor at the University of Colorado Boulder and an atomic, molecular, and optical (AMO) physicist—he received his 2001 Nobel Prize for the first synthesis of a Bose-Einstein condensate—described the ways in which AMO physics can help traditional particle physics searches for new physics through precision measurement.

Cornell likened particle physics to the baby of AMO physics—which was once the physics of the smallest known particles—and emphasized how this relationship translates into fruitful research. “Our baby has grown to be big and strong, and we are very proud of it…but these days we sense that our baby needs us again” said Cornell. “And when your baby needs you, who can say no?” AMO and particle physics have teamed up in the past for searches for the electron’s magnetic moment and studies of the Lamb shift.

A current AMO-particle physics project, which Cornell is working on, is an attempt to find evidence of CP violation—which explains why there is more matter than antimatter present in the universe—through efforts to precisely measure the electron’s electric dipole moment. Cornell also discussed the applications of AMO physics to searches for dark matter, and the potential for new precision measurement results in particle physics. “I see this as the third leg of the 3-legged stool that we use to look for new or better cosmology, and new particle physics,” he said.

Queloz, who shared half of the Nobel Prize in 2019 with Mayor for their discovery of 51 Pegasi B while he was a PhD candidate, provided more context to the new ideas sparked by their findings in his talk “The Exoplanet Revolution.” The technology developed for the search that identified this exoplanet and the existence of such a planet with a large mass and close orbit to its star launched a change in the understanding of how planets form and behave within their solar systems.

The discovery of 51 Pegasi B, made possible by a combination of a high-resolution spectrograph and the availability of mini-computers for image processing, came as a surprise. According to Queloz, the discovery was first met with skepticism: “In a way, the planet was impossible,” he said. Queloz and Mayor postulated that the planet’s unexpected properties came from planetary migration and stripping of the planet, two things further research have revealed do play a part in structuring solar systems.

Further searches for exoplanets have produced a wide-range of planets with varying sizes and masses, with different orbital distances from the sun, but exoplanet searches have failed to turn up an “Earth twin.” Queloz says the detection of planets with Earth-like regimes is difficult due to instrumental limits as well as noise produced by stars. But the search for such planets within other solar systems continues.

“The objects we’ve found forces us to rethink where we’re sitting in terms of systems, and then there’s a related question: how likely is it to have an [Earth-like] planet, and does that mean that we have to have [such a] planet to also have life?” said Queloz. “All these questions are bubbling into the community because we have so much diversity in planetary systems…trying to understand [these systems] and what...helps systems to be like our home. That’s what I think the big challenge is for the next 20 years.”

For more about the Virtual April Meeting visit april.aps.org.