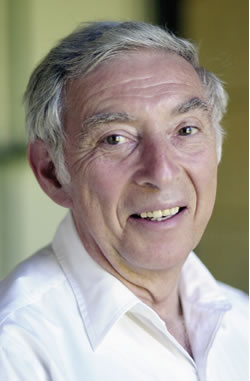 According to a recent survey by the Federal Demonstration Partnership (FDP), on average faculty are spending 42% of their federally-funded time on administrative matters that do not include proposal writing. Two decades ago, that number was only 18%. This heavy commitment of researchers’ time to administrative functions is a terrible waste of faculty time and government money. Many of the tasks that faculty are performing could be managed better, and at a lower cost, by skilled administrative staff who are, for example, familiar with the requirements associated with personnel actions, export control, as well as human and animal subject protocol reviews. [The Federal Demonstration Partnership is a cooperative National Academies of Sciences initiative among nine federal agencies and 120 institutional recipients of federal funds, seeking efficiency and effectiveness in government-university research administration.  Federal Demonstration Partnership Report]

The situation is likely to grow worse as faculty help to provide the new information required for research funded under the American Recovery and Reinvestment Act of 2009 (the “stimulus” bill). Just as the government is clearly recognizing, through increased funding, the important role scientific research plays in the nation’s economy, it is adding additional administrative burdens to those leading that research. The situation is likely to be exacerbated by universities’ spending cutbacks associated with the economic downturn. Universities will almost undoubtedly decrease the administrative support they provide to faculty in the face of quite significant budget cuts. It is vital that we give considerable thought to how the situation might be improved.

Over the almost two decades since these changes took place, the administrative burden on university resources and faculty has also grown as a result of increased local and federal requirements. These include export and ITAR control, environment, health and safety reporting, controlled substance regulations, as well as requirements related to human and animal subject experiments. During the time that I was Stanford’s Vice Provost and Dean of Research and Graduate Policy, 2003-2006, Stanford typically allocated around 20% of its funds available for new endeavors to research compliance. Universities dare not reduce central administrative staff needed to meet these requirements. Indeed, universities perceive many of these regulations as vital for the appropriate conduct of research–which should be federally funded as part of the research support. Given the financial exigencies that universities face presently, therefore, it is more likely that they will cut back on local faculty administrative support.

The third contributing factor, largely unrecognized in the various discussions of administrative support and indirect cost reimbursement, is the increase in the ratio of NIH funding to that from other agencies. The ratio of NIH funding to that of all agencies grew from 52% in 1992 to 63% in 2007, according to Appendix Table 5-6 in the National Science Foundation’s publication, Indicators 2008.  The administrative costs associated with human and animal subject experiments make the average indirect administrative costs associated with NIH funding significantly greater than those associated with research funded by the other agencies. In addition, the Institutional Review Boards associated with human subject research require a great deal of faculty time for which they are not, for the most part, compensated. While it is important to have faculty input on these boards, participation takes the faculty away from direct participation in their research. The $10B appropriation for NIH contained in the American Recovery and Reinvestment Act of 2009 will only exacerbate this situation.

It is important to understand the financial burdens placed on universities by federal reimbursement and cost-sharing policies. According to Indicators 2008, university expenditures on R&D rose from $3B to $9B between 1990 and 2006. Approximately one-half of this is for unreimbursed costs and cost sharing. This amounts to something like an increase from $0.5K to $1.5K per research university student over that period for these costs. This increase is shocking, given the heat that Congress has thrown at public universities for average tuition increases from less than $3000 per year in the early 90s to approximately $6000 per year presently. The increase is of great concern because it is limiting access of those in the lower economic strata to the public institutions, and thus limiting the traditional American dream. It would be much wiser for the government to fully fund the research it supports, so that universities have the $9B for educational expenses like financial aid.

I believe that a comprehensive review of the validity of both university and governmental policies is in order. In particular, universities should make sure that they are meeting federal requirements in an efficient manner. For example, they should ensure that Institutional Review Boards are using exemptions effectively and appropriately. Too often, universities err on the side of conservativism, wasting considerable faculty time in reviews of human subject protocols that should have been exempted.

Similarly, the federal government should review the regulations that apply to universities. It should ensure that regulations associated with export control, ITAR, and controlled substances are appropriate for the university environment.

The big issues, however, relate to OMB Circular A-21 and indirect cost reimbursement. Here, several options are open. The first, which OMB probably would prefer, is to maintain the status quo. While that will make life easy for OMB, it will not deal with the general consequences of unreimbursed indirect costs and cost-sharing, nor will it ease the administrative burdens that faculty face.

As discussed above, some of the most expensive compliance items that universities face are the human and animal subjects review processes. A relatively simple fix for this is to allow universities to charge a fee for these services. Such fees are already in place for human subjects studies funded by nongovernmental agencies like pharmaceutical companies. It would be particularly painless to implement during the next two years, when NIH’s ARRA funding is so appreciable.

The most appropriate way of dealing with the true increases in university administrative burdens resulting from federally-funded research would be to lift the cap on administrative cost reimbursement. In this regard it should be noted that other nonprofit and for-profit institutions do not face such a limitation on indirect cost reimbursement. Instead, they receive full cost recovery. The same principle should apply to universities. Whenever detailed studies have been performed, university indirect cost rates are less than or equal to those in the other sectors. There is no justification in singling out universities for this differential treatment.

While this solution would address the financial problems that universities face due to unreimbursed indirect costs, it would not necessarily ease the burdens of the faculty. One can count on government auditors to attempt to keep the indirect cost rate as low as they can achieve. Indeed, it is rare that a university negotiates with the Department of Health and Human Services the indirect cost rate that an objective reading of OMB Circular A-21 would imply. As a consequence, it is quite unlikely that lifting the cap will lead to a significant increase in direct and local administrative support for faculty. Given past history, it is also likely that some faculty will protest strongly to Congress should there be a move to lift the cap. In response to that, Congress may not react completely rationally and with a broad perspective.

Still another approach would be to eliminate the prohibition in OMB Circular A-21 on the direct charging of administrative support for faculty. I believe that this, coupled with the above-mentioned fee for human and animal subject review, is the politically most feasible approach. It places the decision as to whether the funding of administrative assistants is appropriate and desirable in the hands of the faculty member and the agency program officer. These are the people most capable of making that decision.

The one objection that has been voiced to this approach is that universities are likely to decrease the administrative support that they provide via indirect cost reimbursement if the faculty can fund that support directly. My own sense is that this concern is irrelevant in the present climate. The severe economic situations in which most universities find themselves, coupled with the less-than-full indirect cost recovery, will necessarily lead to such cutbacks. Unless direct charging is allowed, the 42% figure discussed above will only increase. The nation will lose the research time of the faculty that it has selected through careful peer review processes to lead the nation’s basic and long-term applied research.

I cannot close without noting that discussions of indirect cost rates are painful for faculty. We all want to maximize the funds that we have available for use in the laboratory. As principal investigator for the Stanford Synchrotron Radiation Laboratory (SSRL), I was one of the two or three largest single “payers” of indirect costs for many years. Throughout those years, SSRL was constantly short of staff. A 1% increase in the indirect cost rate typically meant a decrease by one of the number of SSRL staff, which we could ill afford. Hence, I was, and remain, very sensitive to that rate. Yet, I believe, for the reasons discussed above, that the government should provide full reimbursement for both the direct and indirect costs of research and also ensure that faculty research time is used effectively. Thus, I urge faculty to support both a lifting of the administrative cost reimbursement rate cap and the direct charging of relevant administrative support. At the same time, they should ensure that faculty representatives can provide reasoned oversight of their universities’ indirect cost rate proposals. If faculty do support these measures, they will become politically viable.

Arthur Bienenstock is the Special Assistant to the President for Federal Research Policy and Director, Wallenberg Research Link, at Stanford University. He served as APS President in 2008.