By Frank A. Franz 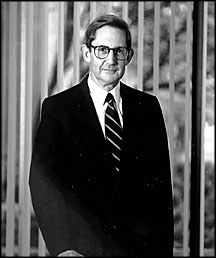 Let me begin with a statement of disclosure. I believe that a well-administered system of tenure is beneficial to a university, and to its constituents. I generally support AAUP (The American Association of University Professors) policies and procedures in these matters. I also think that some changes, at some places, almost certainly are necessary. My credentials in these matters are simply those of a expatriate physicist in Administration who has had experience and interest in tenure issues at faculty and campus administrative levels at several research universities.

We could spend many pages discussing why faculty tenure in a university is (or is not) a worthy institution. That's not my purpose here. It is appropriate, however, to provide some background by referring to a few phrases in the 1940 Statement of Principles on Academic Freedom and Tenure, endorsed by the AAUP and many professional societies:

On faculty and academic freedom: ".full freedom in research and the publication of the results. freedom in the classroom discussing their subject. When they speak or write as citizens, they should be free from institutional censorship or discipline."

On tenure: ".After expiration of a probationary period, teachers or investigators should have permanent or continuous tenure, and their service should be terminated only for adequate cause." (emphasis added).

The connections between tenure, academic freedom, and economic security have existed for many years, and are very strong. For most people, the strongest rationale for tenure is the maintenance of academic freedom for our faculty, and the concomitant freedom from coercion or persecution. Tenure, as defined above, provides a powerful buffer against arbitrary and capricious acts by administrators or, indeed, by fellow faculty members. The questions most often raised are does that protection come at too great a cost, and, if so, are there other ways to provide it?

It's important to recognize some underlying stresses and demands that perturb the system. Most of us will agree, I believe, that the creation of the American research university is one of the great achievements of the twentieth century, and that the research university generates extraordinary scientific, educational, economic, and social benefits. But:

How often have you heard the question, "Why aren't your full-time faculty teaching our kids?"

Workloads and efficiency of faculty are being questioned, regardless of the status of tenure.

The public understands teaching and undergraduate instruction, or thinks that it does: it places its emphasis there. Research is far more remote, more difficult to embrace.

Many citizens have a poor understanding of the function and value of a research university.

A growing use of part-time instructors can add to stress within the university (tenured vs. non-tenured vs. part-time). Is the definition of "the faculty" changing?

Finally, there is the question of evaluation and assessment - of what, by whom, and with what effect is it carried out? There tends to be a misleading image of faculty removed from scrutiny, evaluation, and "control."

Tenure often becomes a scapegoat in these more pervasive issues.

The most important issues at stake in considerations of tenure policies are, I believe, post-tenure review and the burden of proof; standards for the removal of tenure; locus of tenure; and what, exactly, is tenured.

Post-tenure review and the burden of proof

The concept of "post-tenure" review is one of the most controversial issues facing faculties and administrations today. Obscured, at times, is the crucial issue of who bears the burden of proof in tenure-related personnel matters.

In the process leading to the award of tenure, a faculty member typically presents his or her record of accomplishment in teaching, research, and service. A succession of intensive evaluations, recommendations, and judgments of that record, usually incorporating some degree of appraisal external to the university, then follows. Throughout the probationary period that culminates in this process, the burden of proof is on the faculty member to demonstrate his or her suitability for the award of tenure.

The granting of tenure, as we see from the quotation recalled earlier, confers a permanent appointment in which one's service can be terminated only for adequate cause. In considering the dismissal of a faculty member from a tenured appointment, therefore, the burden of proof falls on the university. This matter of the shifting of the burden of proof from the faculty member to the university once a person reaches tenured status is of fundamental importance in the protection of academic freedom, and is deeply enmeshed in the very fabric of the university.

A problem in many proposals for post-tenure review is that periodic reevaluation, recertification, or re-qualification of the faculty member usually is implied. That's usually taken to mean "re-tenuring," and, at the very least, represents a radical shifting of the burden of proof from the university back onto the faculty member. It's very suspect, and very threatening. Is one innocent until proven guilty, or guilty until proven innocent? At the same time, most observers would agree, I believe, that tenure should not bestow upon one a shield that provides immunity against assessment of one's performance and evaluation of one's contributions to the university.

A reasonable compromise is possible in these matters. Meaningful annual reviews can be mandated for all faculty. We already require such reviews for probationary faculty: why should tenured faculty be exempt? Indeed, many universities already follow such a policy, or something reasonably close to it. Possible outcomes of such reviews include recognition of successes, contributions, and deficiencies; determination of salary increases; possible redistribution of workload; and possible provision of developmental assistance.

A somewhat more controversial, but necessary, requirement is an understanding that a pattern of problems found in annual reviews should result in corrective action. Continued deficiencies, if substantial enough, should lead into a separate and distinct process in which more severe sanctions, including dismissal, are possible. It is imperative that any process leading to the imposition of substantial sanctions include participation and endorsement by peer faculty.

There is a crucial difference between the approach suggested here, and the more standard notion of post-tenure review. Here, the burden of proof that disciplinary action is required clearly remains with the university. Typical safeguards for the preservation of tenure remain. There, the burden of proof falls on the faculty member to show that he or she should be continued in a tenured appointment: the presumption of "permanent or continuous tenure" is gravely weakened.

Standards for the removal of tenure

One of the prevalent arguments against tenure is that it provides a sinecure for the unproductive. Present standards for the dismissal of a tenured faculty member usually require the demonstration of incompetence, dishonesty, neglect of duty, or financial exigency. But what should our response be to a continued, unmitigated pattern of severely inadequate performance? Inadequacy is not incompetence. It is a stretch, too, to consider inadequacy equivalent to neglect of duty.

If public confidence in the university is to be maintained, and if externally imposed mandates for more Draconian measures affecting all faculty members are to be avoided, confidence must exist that the university deals effectively with cases of inadequate performance. Progressive actions to address inadequate performance must be available, and should include the ultimate possibility of dismissal.

A person's tenure is usually considered to be campus specific, but where, within the campus, does it actually reside? Does it apply to the department, program, college, or entire campus? If a university closes its Dental School, does it have an obligation to find positions for the affected tenured faculty in, say, departments of Physics and English? AAUP policies suggest a campus-wide locus for tenure, but actual policies around the country differ greatly.

I believe that tenure is granted most appropriately in a person's academic department, or discipline, where one's credentials for teaching and research have been proved. Granting of tenure throughout a college makes a more problematic commitment and assumption on the appropriateness of a person's qualifications for reassignment to other areas, should that be necessary at some later time. Granting of tenure in a unit smaller than a department can place a person at undue risk of program termination due to changing emphases among sub-disciplines.

To what extent, if any, is salary protected by tenure? This question is particularly important in units where a faculty member may be tenured, but may be expected (required) to earn a substantial portion of his or her salary from professional practice. What happens if the opportunity to earn that portion is unavailable? In a more general circumstance, can a university continue someone's tenured appointment, but reduce his or her salary sharply? Answers are often not clear and well defined in institutional policy. But they should be.

Finally, some universities, mine among them, have a long responded to special needs by making a limited number of appointments of research faculty or clinical faculty. Expected levels of performance correspond to those of regular faculty, but responsibilities are more narrowly focussed. These positions carry a high degree of professional recognition and respect; confer an intermediate degree of job security; but usually do not include the promise of tenure. Such appointments appear to work well as long as they are kept clearly distinct from regular faculty appointments in scope of expectations, and are kept limited in number.

A final thought While various kinds of reform in American higher education are often proposed, and are often appropriate, our overall system of higher education remains the envy of the world. The institution of tenure is firmly and inextricably rooted in that system. Modifications, where necessary, can be made through cooperation between faculty, administrators, and governing boards. Any benefits believed obtainable through more radical actions are, I believe, far outweighed by wrenching and destructive costs.

This talk was based on an invited paper presentation at the 150th AAAS meeting.

Frank Franz is President of the University of Alabama in Huntsville. Previously, he served as Provost at West Virginia University, and the Dean of Faculties at Indiana University, Bloomington. Editor's note: The APS has appointed a task force on the subject of tenure. Readers are encouraged to send comments to: letters@aps.org.