The debate over ballistic missile defense has made national headlines in recent months, with the Bush administration favoring expansion of the national missile defense (NMD) program to include weapons to attack missiles during their boost phase. As first reported in this year's January APS News, the APS is seeking to help inform the debate by sponsoring an independent study to explore the technical feasibility of such boost-phase intercept (BPI) weapons. Chaired by Daniel Kleppner (Massachusetts Institute of Technology) and Frederick Lamb (University of Illinois), the study group is now examining several key technical issues and will prepare a report entitled, "The Science and Technology of Boost Phase Systems for National Missile Defense." The study has financial support from both the MacArthur Foundation and the W. Alton Jones Foundation.

The APS has extensive experience conducting thorough, rigorous and objective technical studies of technologies and systems with major policy implications, most notably the directed energy weapons (DEW) study conducted in 1985-1986 that made national headlines when its findings were released. The idea for an APS study of NMD arose in the APS Panel on Public Affairs (POPA), and in August 2000 then APS President James Langer appointed a special advisory committee, chaired by Lamb, to consider whether the Society should undertake such a study. After reviewing current and proposed missile defense programs and technologies, the committee recommended that the APS conduct a study of BPI technologies and systems. The APS Council accepted the committee's recommendation in November 2000.

"Many of the key questions concerning the technical feasibility of the BPI systems that have been proposed can be addressed by considering basic physical principles," says Lamb, and Congress has expressed interest in information on the technical challenges involved in developing an effective BPI system. Thus, "an independent technical analysis of BPI technologies and systems by a group of physicists and other technical experts could increase significantly the nation's understanding of the issues involved, and impact upcoming decisions concerning NMD." 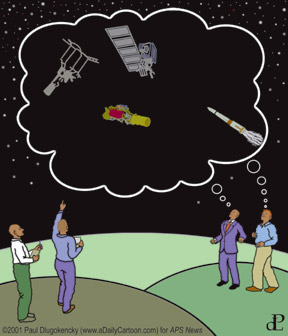 In addition to Kleppner and Lamb, eleven others are serving as members of the study group, bringing various areas of expertise to the study. The group is conducting an in-depth, unclassified technical review of proposed boost-phase intercept technologies and will estimate the characteristics of the BPI systems that would be required to accomplish various proposed NMD missions. The study is expected to examine the use of radars and infrared sensors to provide missile tracking information; the required sizes and weights of land-, sea- and space-based interceptors; the technical challenges involved in using airborne lasers to intercept long-range missiles; the warning and response times that would be required for a BPI system to be effective; and other technical questions.

The study group's report will also summarize the most important and challenging unresolved technical issues involved in mid-course intercept that have been identified by other studies. However, it will not address the arms control or strategic stability implications of developing and deploying NMD systems. "These implications are very important, but to address them meaningfully and credibly would require a longer study, a larger group, and a wider range of expertise," says Kleppner.

The group met for the first time in July in Chelsea, Massachusetts, for a four-day session, and is holding a series of further meetings through January 2002. The goal, says Kleppner, is to complete the final report by the end of February 2002. While not at liberty to discuss details of the group's activities until the report's release, both he and Lamb say they are pleased at the progress made thus far.