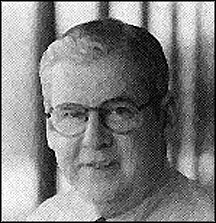 The APS Council voted unanimously to establish the APS James C. McGroddy Prize for New Materials. The McGroddy Prize endowment was provided through a generous donation by IBM. This prize supercedes the New Materials Prize that was funded by IBM from 1975 through 1994 on a yearly basis.

The purpose of the McGroddy prize is to recognize and encourage outstanding achievement in the science and application of New Materials. This includes the discovery of new classes of materials, the observation of novel phenomena in known materials leading to both fundamentally new applications and scientific insights, and shall also include theoretical and experimental work contributing significantly to the understanding of such phenomena. The award will initially be $5,000, plus a certificate or suitable medal citing the contribution made by the recipient and a travel allowance to attend the meeting of the Society at which the award is bestowed. Nominations are open to scientists of all nationalities irrespective of where their work has been carried out.

The prize is named for James C. McGroddy, former Director of the IBM Research Division, who started his career at IBM as a materials physicist, studying the properties of Si, Ge, and various III-V compounds. McGroddy received the APS Pake Prize in 1995 for his scientific accomplishments and leadership.