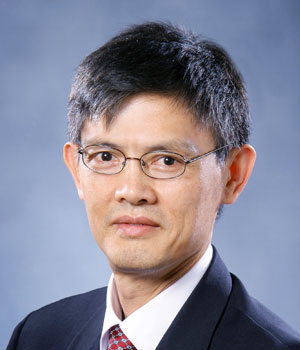 
"For articulate and steadfast advocacy in support of the US scientific community and open scientific exchange, and especially his efforts to clarify the nature of international scientific collaboration in cases involving allegations of scientific espionage."

Xiaoxing Xi is Laura H. Carnell Professor of Physics at Temple University, and former chair of the Physics Department. Prior to joining Temple in 2009, he was Professor of Physics and Materials Science and Engineering at the Pennsylvania State University. He received his B.Sc. in physics from Peking University in 1982, and his PhD degree in physics from Peking University and Institute of Physics, Chinese Academy of Sciences, in 1987. After several years of research at Karlsruhe Nuclear Research Center, Germany, Bell Communication Research/Rutgers University, and University of Maryland, he joined the Physics faculty at Penn State in 1995. His research focuses on the materials physics of oxide, boride, and 2-dimensional dichalcogenide thin films. His notable contributions include early work on epitaxial thin films, heterostructures, and electric-field effect in high temperature superconductors, pioneering work on lattice dynamics in ferroelectric thin films and nanostructures, invention of hybrid physical-chemical vapor deposition for magnesium diboride, and development of atomic layer-by-layer laser molecular beam epitaxy for oxide thin films and interfaces. He is author of over 340 refereed journal articles and 3 U.S. patents in the area of thin films of high-Tc superconductors and magnesium diboride. He is a Fellow of the American Physical Society. Since 2015, he has spoken out actively for open fundamental research and against racial profiling.