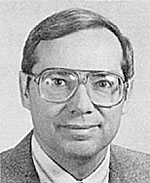 Dr. Van Harlingen's research program is focused on the physics of superconductor materials and devices and on the application of microfabrication, cryogenic, and superconductor electronic techniques to problems of fundamental interest in condensed matter physics. He has made contributions in the areas of quantum noise and macroscopic quantum tunneling in Josephson junctions and SQUIDS, phase coherence in superconductor arrays, and non-equilibrium properties of superconductors. He has been instrumental in the development and application of scanning SQUID microscopy to study vortex configurations and dynamics in superconductors, and in the use of scanning tunneling microscopy to study charge transport in mesoscopic systems. His pioneering experiments to determine the symmetry of the order parameter in the cuprates, done in collaboration with David Wollman, Don Ginsberg, and Tony Leggett, have motivated intense research on the implications of unconventional paring on interfaces, vortices, and devices, and are now being applied to other potential unconventional superconductors.