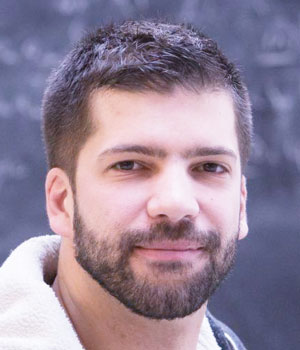 Giacomo Torlai earned a B.Sc. in physics from the University of Florence (2011), a M.Sc. in physics from the Ludwig Maximilian University of Munich (2014), and a Ph.D. in physics from the University of Waterloo. During his doctoral studies, he developed a computational framework based on machine learning algorithms to study a variety of problems in quantum many-body physics, ranging from strongly-correlated quantum matter to emerging quantum technologies. Applications include the reconstruction of quantum states from measurement data, quantum error correction of stabilizer codes and the enhancement of experimental quantum simulation platforms. After receiving his Ph.D. in 2018, Giacomo joined the Flatiron Institute in New York, where he is currently a Postdoctoral Research Fellow in the Center for Computational Quantum Physics.