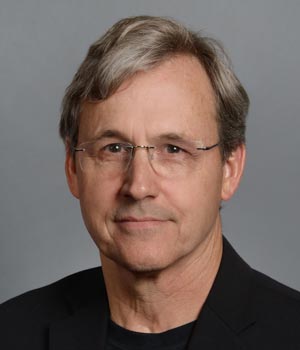 
"For foundational studies in photodissociation and reaction dynamics, especially the identification of roaming atom dynamics, and for innovative developments in charged particle detection in molecular beams, such as the DC sliced ion imaging method."


Arthur G. Suits received his BS in Chemistry from the University of Missouri in 1986 and his PhD in Physical Chemistry from UC Berkeley in 1991 under the direction of Yuan T. Lee. He was a post-doc with Paul Houston at Cornell from 1991 to 1993 where he first learned ion imaging techniques. He held positions at Lawrence Berkeley and Brookhaven National Laboratories and Stony Brook and Wayne State Universities before returning to the University of Missouri-Columbia in 2016 where he is now Curators’ Distinguished Professor of Chemistry. Suits is a member of the ACS and Fellow of APS and AAAS. He was a Radboud Excellence Professor and recipient of the ACS Physical Division Senior Award in Experimental Physical Chemistry. He pioneered the use of slice velocity map imaging to study crossed molecular beam scattering, photofragment orbital polarization and state-correlated photodissociation which led to the discovery of roaming reactions. His work focuses on the use of lasers and molecular beams to study fundamental atomic and molecular interactions and in the development of new tools with which to pursue these investigations. His current interests include quantum dynamics in the cold regime, quantum effects in roaming radical reactions, new techniques for low temperature kinetics and for Coulomb explosion imaging, and state-to-state dynamics of highly excited molecules.