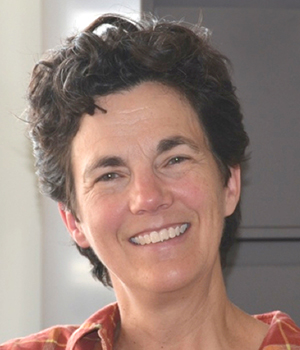 
Ann Nelson’s contributions include an explanation for the observed imbalance between matter and anti-matter in the universe, the dynamics of supersymmetric theories, and how to make such theories consistent with the experimental success of the non-supersymmetric standard model, theories of how CP (symmetry between matter and antimatter) may be violated, theories in which the origin of the Higgs mechanism is dynamical and the Higgs boson may be composite, and possible sources for the dark matter of the universe. Nelson graduated from Stanford University in 1980 and earned her doctorate at Harvard University in 1984. While there, she and her fellow graduate students began the tradition of the Harvard Physics Department Puppet Show faculty roast. She then became a junior fellow in the Harvard Society of Fellows. She was on the faculty at Stanford University and the University of California, San Diego, before joining the faculty of the University of Washington in 1994. She is a member of the Washington State Academy of Sciences, the American Academy of Arts and Sciences, the National Academy of Sciences, and is a fellow of the American Physical Society.