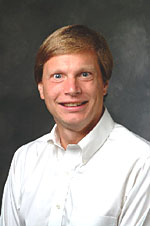 
"For developing atom interferometer inertial sensors with unprecedented precision, and for pioneering studies of Bose-Einstein condensates, especially the achievement of non-classical spin states and the demonstra-tion of a mode-locked atom laser."


Mark Kasevich is a professor of physics at Stanford University. His research interests include atom optics and dilute, ultra-cold quantum fluids. He graduated from Dartmouth College in 1985 with a BA in physics. He received his PhD from Stanford University, Department of Applied Physics, in 1992, and was a member of the Stanford physics department faculty from 1992-7. From 1997-2002 he was a member of the Yale University physics department faculty.