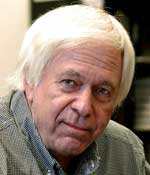 
Gordon Kane, Ph.D., is the Victor Weisskopf Distinguished Professor at the University of Michigan (Ann Arbor) and is Director Emeritus of the Michigan Center for Theoretical Physics Director. In 2012, he received the Lilienfeld Prize from the American Physical Society. In 1982, Dr. Kane co-led the international Snowmass working group study that pointed to the superconducting super collider. Kane and Haber published a review elucidating the structure of the Minimal Supersymmetric Standard Model into a complete and calculable context in 1984. Dr. Kane made important early contributions to the study of the Higgs Bosons, including an upper limit on the Higgs boson mass, to the study of dark matter and its detection and to string theory phenomenology. His more recent work has been in the development of testable models based on string theory, in particular those based on G2 compactifications of M-theory, a predictive approach that explains the hierarchy between the weak scale and the Planck scale. Dr. Kane has argued that these ideas form a consistent framework with a non-thermal cosmological history of the universe. Dr. Kane has published over 200 research articles and has written, coauthored, or edited over 10 physics books and three Scientific American particle physics articles. Two of his books are for the general public: “The Particle Garden”, and “Supersymmetry and Beyond”, the latter written after the Higgs boson discovery. Dr. Kane has been elected a fellow of the American Physical Society, a fellow of the American Association for the Advancement of Science, a fellow of the British Institute of Physics, and a Guggenheim Fellow.