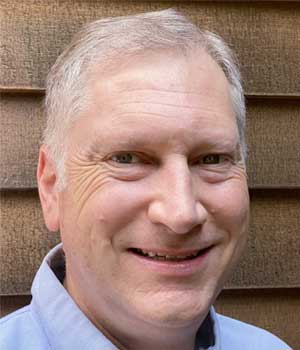 
Gordon Jones is the Stone Professor of Physis at Hamilton College. As an undergraduate, he studied atomic physics under Kevin Jones and received his degree from Williams College in 1989. As a graduate student, he studied nuclear beta decay under Frank Calaprice and received his Ph.D. from Princeton University in 1996. He then combined these fields as an NRC postdoc at the National Institute of Standards and Technology (NIST). At the NIST Center for Neutron Research (NCNR), he worked both on developing optically pumped neutron spin filters for polarized neutron scattering and on measuring neutron beta decay asymmetries as a test of the weak interaction. His work has continued at Hamilton College since 1999, gradually focusing more on NMR and magnetic design for both the applied spin filter and fundamental decay studies. He has been a member of neutron decay experiments such as emiT, NPDgamma, aCORN, and BL3, and developed NMR systems for polarized neutron research at Los Alamos, Oak Ridge, and NIST. Working with generous collaborators, he has been able to select tasks suited to particular students, introducing 90 undergraduates to the joys and frustrations of research. He has also been honored with the Samuel and Helen Lang and John R. Hatch teaching awards at Hamilton.