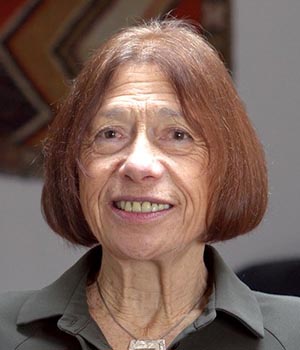 
"For outstanding and wide-ranging scholarship on the history of science, especially regarding the physical sciences in the 17th through the 20th centuries, and for bringing attention to neglected contributors to the physical sciences, including female physicists and practical workers such as navigators and instrument makers."


Dr Patricia Fara joined the Cambridge HPS Department in 1993, and is now an Emeritus Fellow of Clare College, where she was Senior Tutor from 2006-15. She gained a BA in Physics at Oxford in 1969, and a PhD in History of Science from Imperial College London in 1993; subsequent positions included a 4-year Junior Research Fellowship at Darwin College Cambridge and a 1-year Fellowship at the Max Planck Institute, Berlin. She was President of the British Society for the History of Science from 2016 to 2018; she is currently President of the Antiquarian Horological Society and a Fellow of the Royal Historical Society. Her Science: A Four Thousand Year History (2009) was translated into nine languages and won the BSHS Dingle Prize. Other publications include: Life after Gravity: Isaac Newton’s London Career (2021); A Lab of One’s Own: Science and Suffrage in The First World War (2018); Scientists Anonymous: Great Stories of Women in Science (2005); Fatal Attraction: Magnetic Mysteries of the Enlightenment (2005); Pandora’s Breeches: Women, Science and Power in the Enlightenment (2004); Newton: The Making of Genius (2002); An Entertainment for Angels: Electricity in the Enlightenment (2002); Sympathetic Attractions: Magnetic Practices, Beliefs, and Symbolism in Eighteenth-century England (1996). Between 1973 and 1985, she produced about sixty audio-visual presentations on the practice and history of Computer Science, Statistics and Operations Research.