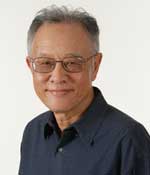 
Professor Liu Chen received his Bachelor’s degree from National Taiwan University in 1966, and his Ph.D. from University of California at Berkeley in 1972. From 1972 to 1974, he was a postdoctoral staff member at Bell Laboratories, Murray Hill, New Jersey. In 1974, he joined Princeton Plasma Physics Laboratory of Princeton University as a research scientist, and, later, also became a faculty member in the Department of Astrophysical Sciences. In 1993, he was appointed a Full Professor in the Department of Physics and Astronomy of University of California at Irvine, and, in March 2012, became an Above-Scale Professor Emeritus. Currently, he is a Professor of Physics and the Director of Institute for Fusion Theory and Simulation of Zhejiang University, Hangzhou, China. Professor Liu Chen is a theoretical plasma physicist with broad research interests. His current research is focused on waves, instabilities, and turbulence in magnetized laboratory and space plasmas; as well as nonlinear dynamics of coherent high-power radiation devices. In 2004, he received the American Physical Society (APS) Award for Excellence in Plasma Physics Research. In 2008, he was awarded the Hannes Alfvén Prize by the European Physical Society (EPS). He is a Fellow of APS, American Association for the Advancement of Science (AAAS), as well as American Geophysical Union (AGU).