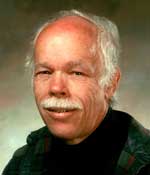 
"For his leading work on the design, construction, and use of the Large Area Telescope on the Fermi Gamma-Ray Satellite, enabling numerous new results in gamma-ray astrophysics and fundamental physics."


Atwood received his B.S. degree from the California Institute of Technology in 1970.   Atwood was awarded the Young Award at the end of his Junior  year.   Atwood was employed for his final two years at Caltech by the HEP Users group.

Atwood did his graduate studies at SLAC, Stanford University under Richard Taylor.   His thesis was on deep inelastic electron scattering.    Atwood received his Ph.D. in 1975.

After spending a year at CERN working in Sam Ting’s group at the ISR, Atwood returned to SLAC where he became an Assistant Prof.  and then a permanent staff physicist in 1983.  He participated in the Delco-at-PEP experiment, the SLD , and also worked on the SLC machine in the later 1980’s.

In 1989 he spent a sabbatical year at CERN working on ALEPH.   In 1992 he joined with Peter Michelson of the Stanford Physics Dept. to propose a satellite born gamma ray telescope called GLAST.   The concept quickly gained traction in both the HEP and Astrophysics communities and was successfully launched into low earth orbit in June of 2008.

Atwood became an Adj. Professor at UCSC in 2001 and continues in that position today.  Atwood and his colleagues at UCSC played pivotal roles  in the fabrication of the hardware and analysis software for Glast.

Atwood is a member of the APS and the VSA.