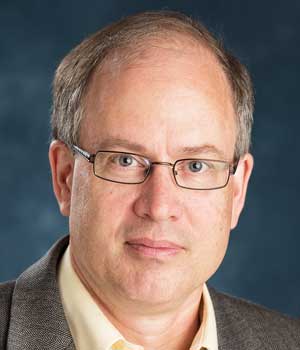 
"For pioneering contributions to the field of ultrafast laser spectroscopy, including optical multidimensional coherent spectroscopy applied electronic excitation in solids and atomic vapors, and the development and application of femtosecond frequency comb technology."


Steven Cundiff is the Harrison M. Randall Collegiate Professor of Physics and Professor of Electrical and Computer Engineering at University of Michigan. He received his B.A. in physics from Rutgers University in 1985 and his Ph.D. in applied physics from University of Michigan in 1992. In 1993-94 he was an Alexander von Humboldt post-doctoral scientist at the University of Marburg, Germany. In 1995 he joined Bell Laboratories in Holmdel, NJ as a post-doctoral member of technical staff. In 1997, he moved to JILA, a joint institute between the National Institute of Standards and Technology (NIST) and University of Colorado, Boulder. At JILA he was both a physicist with NIST and adjoint faculty at the university. From 2004-2009 he was chief of the NIST Quantum Physics Division. He moved to the University of Michigan in 2015. Cundiff is a fellow of the American Physical Society (APS), the Optical Society of America (OSA), the Institute of Electrical and Electronic Engineers and the American Association for the Advancement of Science. He receive the Humboldt Research Award in 2010 and the OSA Meggers award in 2011. He chaired the 2014 APS Division of Laser Science. He works in the field of ultrafast optics, including the development and application of multidimensional coherent spectroscopy and of frequency combs, recently demonstrating the combination of these two fields.