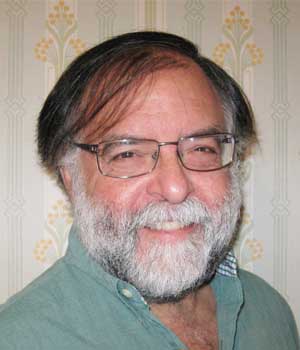 
"For extraordinary contributions to the conceptualization, design, construction, commissioning, and operation of the LIGO detectors; and for his stewardship of the global gravitational wave community, including developing the partnership between LIGO and Virgo, and establishing LIGO-India."


Stanley Whitcomb was most recently the Chief Scientist of the Laser Interferometer Gravitational-wave Observatory (LIGO) Laboratory. Stan received his B.S. with honors from Caltech in 1973, studied for a year at Cambridge University, then completed his Ph.D. in 1980 at the University of Chicago, where he focused on far-infrared and submillimeter astronomy. He returned to Caltech in 1980 just as it made its entry into the field of gravitational wave detection. Stan’s work has focused on the development of LIGO, the detection of gravitational waves, and their use as a tool for astronomy and physics. He has been involved in nearly every aspect of LIGO, from its concept development, research and development, detector design and installation, commissioning, data analysis, and management. In 2015, after more than thirty-five years of development and construction, LIGO detected its first gravitational wave from the inspiral and merger of a pair of black holes. Stan is a fellow of the American Physical Society (APS) and of the Optical Society of America (OSA), and a member of the American Astronomical Society (AAS). He was awarded the National Academy of Sciences Henry Draper Medal in 2017, and the OAS C.E.K. Mees Medal in 2018. As a part of the LIGO Scientific Collaboration, he shared in a 2016 Special Breakthrough Prize, the 2016 Gruber Cosmology Prize, the 2017 Princess of Asturias Award for Physical Sciences, and and the 2017 Bruno Rossi Prize of the High Energy Astrophysics Division of the AAS.