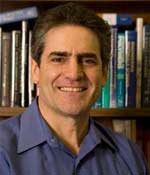 
"For his highly original and deep studies of n-point correlation functions in heterogeneous materials and his outstanding communication of these results through publication and public presentation."


Salvatore Torquato is Professor of Chemistry and the Princeton Institute for the Science and Technology of Materials at Princeton University. He is a Senior Faculty Fellow in the Princeton Center for Theoretical Science. He also holds appointments in four departments a Princeton: Physics, Applied and Computational Mathematics, Chemical Engineering, and Mechanical & Aerospace Engineering. Since 1998, he has been a Member on several occasions at the Institute for Advanced Study in Princeton. He earned his B.S. from Syracuse University in 1975. He received his Ph.D. in 1981 from SUNY at Stony Brook. He soon after joined the faculty at North Carolina State University. In 1992 he joined the faculty at Princeton as Professor in the School of Engineering and Applied Sciences. Professor Torquato is broadly interested in the fundamental microscopic understanding of condensed matter using statistical mechanics. Systems under study include heterogeneous materials (e.g., composites and porous media), colloids, liquids, glasses, quasicrystals, and crystals. Current work has been focused on understanding random particle packings in low dimensions, sphere packings in high dimensions, optimal multifunctional material design, self-assembly theory, and cancer modeling. His many research awards/honors include the Society for Industrial and Applied Mathematics' Ralph E. Kleinman Prize, Society of Engineering Science's William Prager Medal, and John Simon Guggenheim Fellow. He is a Fellow of the American Physical Society and American Society of Mechanical Engineers. He is a member of the Society for Industrial and Applied Mathematics, Materials Research Society, American Chemical Society, and American Institute of Chemical Engineers.