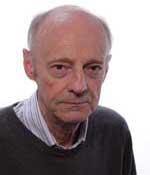 
"For his enormous and sustained efforts of nearly three decades in nurturing physics research and education in several Third World countries, including Bangladesh, Vietnam, Thailand and Eritrea, leading to the establishment of several prominent groups pursuing internationally competitive physics today."

He has authored/co-authored more than 300 articles in international physics journals in the fields of magnetism and superconductivity. He has throughout years collaborated extensively with research groups in Vietnam, Bangladesh, and Thailand and co-published some 70 papers with these.

Per Nordblad has been acting as Divisional Associate Editor for Physical Review Letters (2006-2011) and was selected outstanding referee by APS in 2013. He is a member of APS and the Swedish Physical Society. He has been organizer, committee member, and invited speaker/participant at numerous international conferences, workshops and schools, and served as evaluator and member of evaluation committees for many different Research Councils and Agencies.