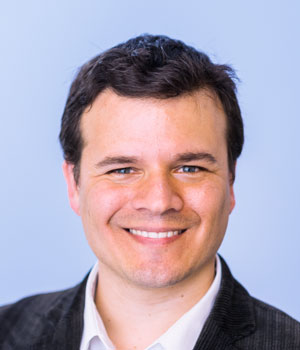 
"For the discovery of superconductivity in twisted bilayer graphene."


Pablo Jarillo-Herrero is currently Cecil and Ida Green Professor of Physics at MIT. He received his "Licenciatura" in physics from the University of Valencia, Spain, in 1999. Then he spent two years at the University of California in San Diego, where he received a M.Sc. degree before going to the Delft University of Technology in The Netherlands, where he earned his Ph.D. in 2005. After a one-year postdoc in Delft, he moved to Columbia University, where he worked as a NanoResearch Initiative Fellow. He joined MIT as an assistant professor of physics in January 2008 and he was promoted to Full Professor of Physics in 2018. Professor Jarillo-Herrero's research interests lie in the area of experimental condensed matter physics, in particular quantum electronic transport and optoelectronics in novel two-dimensional materials, with special emphasis on investigating their superconducting, magnetic, and topological properties. Prof. Jarillo-Herrero's awards include the Spanish Royal Society Young Investigator Award (2006), an NSF Career Award (2008), an Alfred P. Sloan Fellowship (2009), a David and Lucile Packard Fellowship (2009), the IUPAP Young Scientist Prize in Semiconductor Physics (2010), a DOE Early Career Award (2011), a Presidential Early Career Award for Scientists and Engineers (PECASE, 2012), an ONR Young Investigator Award (2013), and a Moore Foundation Experimental Physics in Quantum Systems Investigator Award (2014). Prof. Jarillo-Herrero was selected as a Highly Cited Researcher by Clarivate Analytics-Web of Science (2017 & 2018), and elected as APS Fellow (2018), Fellow of the Quantum Materials Program of the Canadian Institute for Advanced Research (2019) and Member at Large of the APS Division of Condensed Matter Physics (2019).