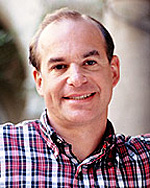 
"For his pioneering work in the development of superstring theory."


John Schwarz received his undergraduate degree in 1962 from Harvard and his Ph.D. in 1966 from U.C. Berkeley. He joined Princeton University as a junior faculty member in 1966. In 1972 he moved to Caltech, where he has remained ever since. He was a member of Caltech's research faculty until 1985 when he was promoted to Professor of Theoretical Physics. Since 1989 he has been the Harold Brown Professor of Theoretical Physics.

Schwarz has worked on superstring theory for almost his entire professional career. In 1971 André Neveu and he developed an early version of superstring theory, which led among other things to the discovery of supersymmetry. In 1974 Joël Scherk and he propsed that string theory should be used to construct a unified quantum theory containing gravitation. In 1984 Michael Green and he discovered an anomaly cancellation mechanism, which resulted in string theory becoming one of the hottest areas in theoretical physics.

Schwarz spent the academic year 1978-79 at the Ecole Normale Supérieure in Paris, partially supported by a Guggenheim Fellowship. In 1986 Schwarz became a Fellow of the American Physical Society, in 1987 he was awarded a MacArthur Prize Fellowship, in 1989 he was awarded the Dirac Medal by the ICTP (Trieste, Italy), and in 1997 he was elected to the National Academy of Sciences.