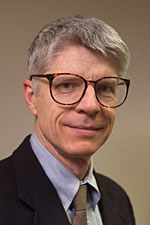 
"For his exceptional efforts in informing and shaping government policy in arms control, the environment, information technology, and energy policy while serving at the Solar Energy Research Institute, the Congressional Office of Technology Assessment, and the White House Office of Science and Technology Policy."

Henry Kelly received his BA in Physics from Cornell University in 1967 and a PhD in physics from Harvard University in 1971. He received the ACEEE Champion of Energy Efficiency Award in 2000, and is a fellow of the American Physical Society. He is the author of numerous books and articles on issues in science and technology policy.