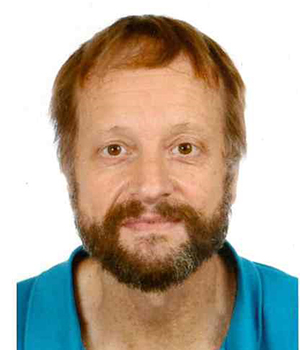 
Born in 1954 in Cuba, and raised in Bogotá, he studied physics in Göttingen and Cologne where he made his Ph.D. in 1981 in statistical physics and then after one year post-doc in the US went to the Service de Physique Théorique in Saclay becoming a member of France’s CNRS to which he still belongs today. From 1990 until 1994, he was a group leader at HLRZ of KFA Jülich in Germany; director of the PMMH at ESPCI in Paris from 1994 to 2000; professor and head of the Institute of Computer Physics at the University of Stuttgart from 1996 to 2006, and since 2006, has been a full professor at the Institute of Building Materials at ETH Zürich. Author of over 700 publications, he is a former Guggenheim Fellow (1986), member of the Brazilian (1987) and Colombian (2014) Academies of Science (1987), a Max-Planck Research Prize (2002) and Gentner-Kastler Prize (2004) winner, and an ERC Advanced grant winner (2012). He is managing editor of the International Journal of Modern Physics C and Granular Matter, as well as a member of several editorial boards and commissions including serving as president of the French Equipment Commission in 2010. At least 36 of his former Ph.D. students and post-docs are presently professors. He made lasting contributions to understanding the fracture of heterogeneous materials and properties of granular media, and built a special purpose computer to calculate the conductivity of percolation clusters. Highlights of his work include the discovery of space-filling bearings and the establishment of equations of motion of dunes. His present research subjects include watersheds, neural avalanches, charged granular media and complex networks.