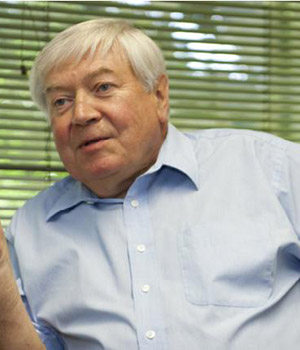 
"For many outstanding contributions to the theoretical plasma physics of low and high energy density plasmas, open and closed magnetic configurations, and laboratory and astrophysical systems."


Dmitri Ryutov received his M.S. in nuclear physics from the Moscow Institute of Physics and Technology in 1962, and his Ph.D. in plasma theory from the Kurchatov Institute of Atomic Energy in 1966. From 1968 to 1993, he worked at Russia’s Budker Institute of Nuclear Physics, where from 1979 to 1988, he significantly strengthened a fusion program and initiated a gas dynamic trap experiment. Dr. Ryutov was first to chair the Plasma Physics at Novosibirsk University, with many of his students now working in Russia, USA, and Europe. After the break- up of the Soviet Union, Dr. Ryutov moved to the U.S. and worked for 22 years at Lawrence Livermore National Laboratory, where, since 2012 he has been a Distinguished Member of Technical Staff. He contributed to many areas of plasma physics, including mirrors, tokamak divertors, high-power particle beams, Z-pinches, laboratory astrophysics, solar and space physics, as well as to the x-ray optics and magnetic levitation. Dr. Ryutov has authored and co-authored influential reviews and tutorials in publications such as Reviews of Modern Physics, Physics of Plasmas, Uspekhi, Nuclear Fusion, and other journals. His distinctions include: Corresponding Member of the Soviet (later Russian) Academy of Sciences (1976); Academician (1992); American Physical Society Fellow (1998); Institute of Physics Fellow (2004); LLNL Edward Teller Fellow (2007); and Fusion Power Associates Distinguished Career awardee (2010). He is a co-recipient of three R&D100 awards, including for Inductrack in 2004; LCLS x-ray diagnostics in 2010; and the Snowflake divertor in 2012.