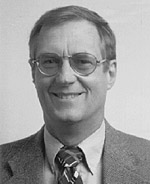 
"For his creative applications of experimental and theoretical methods to the study of optical properties of thin films, surfaces, and interfaces; in particular, for electric-field modulation, spectroscopic ellipsometry, and dynamic control of epitaxial growth."

Principal research interests have been in the areas of optical spectroscopy and semiconductor and surface physics. Contributions include the discovery, elucidation, and development of low-field electroreflectance for high-resolution spectroscopy of semiconductors and the determination of their band structures, the development and application of spectroscopic ellipsometry to surfaces, interfaces, thin films, and bulk materials, and the development and application of reflectance-difference spectroscopy to real-time analysis of epitaxial growth. Current research activities are directed toward nondestructive analysis of surfaces and interfaces, and in particular the real-time diagnostics and control of semiconductor epitaxy by organometallic chemical vapor deposition.

Prof. Aspnes is a Fellow of the American Physical Society (1973) and of the Optical Society of America (1979). In 1976 he received an Alexander von Humboldt Senior Scientist Award, and in 1987 was awarded the Wood Prize of the Optical Society of America for his work on spectroscopic ellipsometry. His contributions to real-time diagnostics and control of epitaxy were recognized by the 1993 John Yarwood Memorial Medal of the British Vacuum Council, and those to optical processes in solids by the 1996 Frank Isakson Prize of the American Physical Society.