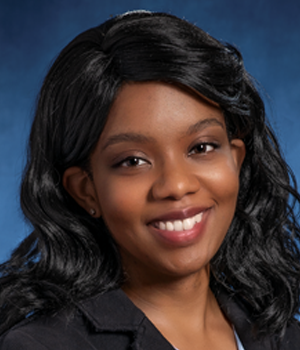 
"For excellence in experimental research into the fundamental nature of matter and mass based on low-energy cryogenic detection techniques, in particular neutrinoless double beta decay and dark matter searches."


Danielle H. Speller is a nuclear and particle astrophysicist and an Assistant Professor of Physics at Johns Hopkins University. Prof. Speller graduated from North Carolina State University in 2007 with a double major in physics and applied mathematics. She completed her doctoral studies at the University of California at Berkeley in 2017, focusing on the search for WIMP dark matter with the SuperCDMS experiment, and joined Yale Wright Laboratory as a postdoctoral associate. Her current scientific endeavors involve the use of low energy techniques to look for new physics, including a search for lepton number violation through neutrinoless double-beta decay with the Cryogenic Underground Observatory for Rare Events (CUORE), and a search for axion dark matter with the Haloscope At Yale Sensitive To Axion CDM (HAYSTAC). Prof. Speller’s significant awards and honors include the NCSU Park Scholarship, the Frank H. Alston Scholarship, the Robert C. Byrd Honors Scholarship, the UC Berkeley Mentored Research Award Fellowship, and the UC Berkeley Outstanding Graduate Student Instructor Award. She is a member of the Edward Bouchet Graduate Honor Society, the American Physical Society, and the National Society of Black Physicists. She is an alumna of the Berkeley Science Network and the California Alliance, the Black Graduate Engineering and Science Students, the Society for Women in the Physical Sciences, and the Society of African American Physical and Mathematical Scientists.