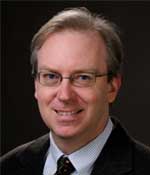 
"For the theoretical prediction and experimental observation of the quantum spin Hall effect, opening the field of topological insulators."


Charles Kane received an undergraduate degree in physics from the University of Chicago in 1985 and a Ph.D. in physics from MIT in 1989.  After a two year post doc at IBM T.J. Watson Research Center he joined the faculty at the University of Pennsylvania, where he is currently Professor of Physics and Astronomy.  Professor Kane is known for his theoretical work on the quantum Hall effect, Luttinger liquids and carbon nanotubes.  Recently his research has focused on the theory of topological phenomena in insulators, superconductors and strongly correlated electronic materials.   Professor Kane is a Fellow of the American Physical Society and shared the 2010 Europhysics prize, awarded by the European Physical Society.