The Revised International System of Units

Time and Location: 1:00 p.m., with Q&A to follow in a 1st floor conference room at the American Center for Physics (www.acp.org), 1 Physics Ellipse, College Park, MD — off River Rd., between Kenilworth Ave. and Paint Branch Parkway. 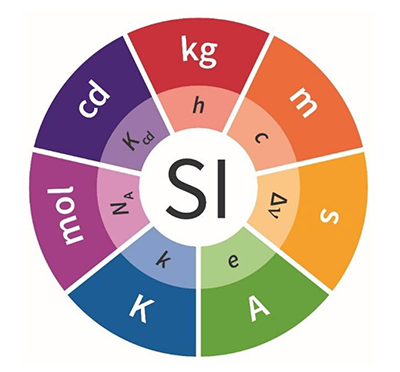 Abstract: On world metrology day, May 20th, this year, a revision to the International System of Units will become effective. This revision is implementing a fundamental change. Up to this day, seven very different definitions for the base units were used. In the revised SI, all units trace back to seven fundamental constants. The numerical values of four constants, the Avogadro, Boltzmann, and Planck constant, and the elementary charge will be fixed on this day. Together with three constants whose numerical values have been fixed previously, the hyperfine transition frequency of an isotope of cesium, the speed of light in vacuum, and a specified luminous efficacy, the seven base units can be found (or realized as the metrologist would say). In this talk, I will explain the new SI, give reasons for the revisions and show some of the experiments that led to the redefinition and can be used in the future to realize some of the units.

Biography: Stephan Schlamminger (stephan.schlamminger@nist.gov) is a physicist at the National Institute of Standards and Technology. He received a diploma in physics from the University of Regensburg, Germany, and the Ph.D. degree in experimental physics from the University of Zürich, Switzerland. His research interests include precise measurements using mechanical and electrical apparatus.