The APS Division of Soft Matter (DSOFT) is concerned with dense, many-body systems in which quantum effects do not play a primary role. This encompasses a staggering variety of materials from the everyday to the exotic, including polymers such as plastics, rubbers, textiles, and biological materials like nucleic acids and proteins; colloids, a suspension of solid particles such as fogs, smokes, foams, gels, and emulsions; liquid crystals like those found in electronic displays; surfactant systems, which involve networks of amphiphilic particles with distinct hydrophobic and hydrophilic domains; and granular materials.

Perhaps counterintuitively, many forms of soft matter like window glass and "oobleck" (a non-Newtonian fluid like water and cornstarch) can be surprisingly hard. What makes soft materials “soft” is their ultra-responsiveness to external fields and therefore high susceptibility to deformation and falling out of equilibrium. These materials tend to be disordered at the molecular scale and homogeneous at the macroscopic scale, whereas the mesoscopic scale shows unexpected order and dynamics. It is the physics of these systems that occupies the minds of the approximately two thousand researchers in DSOFT.

According to DSOFT chair Doug Durian (University of Pennsylvania), the field of soft matter is an ecosystem where each researcher establishes their own unique niche of research problems—in contrast to some other branches of physics where only a few outstanding questions dominate the discourse. This breadth is a compelling aspect of the soft matter community but also makes it more challenging for researchers to pose the right questions. The result is a unique and “unusually close” interplay between theory and experiment in soft matter physics, in Durian’s words. “As an experimentalist I have the opportunity to do theory, and I have theorist friends who have started labs. This is the sign of a vibrant young field.” 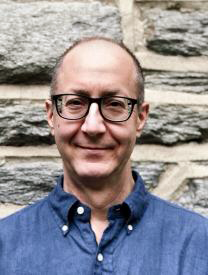 As a sign of growth, what started as a Topical Group (GSOFT) is now a Division. This comes only five years after the group’s original establishment in 2014—an unprecedented pace for achieving Division status. According to APS conventions, a Topical Group is eligible to become a Division once its membership exceeds 3% of total APS membership for two consecutive years. GSOFT petitioned for Division status as soon as its numbers reached this threshold (approximately 1,600); advancing to division status has been the goal since the group’s inception.

With Division status, DSOFT is now entitled to a dedicated Division Councilor to represent the unit’s views at APS council meetings. Nominations for the position are currently being solicited ahead of elections in the fall. The GSOFT to DSOFT transition will also usher in leadership posts for two graduate student representatives. Daria Atkinson (University of Massachusetts) has already been appointed to fill the first position.

On a symbolic level, DSOFT’s new status comes as an important recognition of soft matter as a bona fide subfield of physics. This is long-awaited for the soft matter community, which has historically been decentralized due to the youth of the field and the breadth of its interests.

Notably, soft matter coalesced into a unified discipline only in the 1990s. The term “soft matter” was first popularized by Pierre Gilles de Gennes as the title of his 1991 Nobel acceptance speech. Now considered the father of the field, de Gennes revealed that the methods for studying ordering in simple systems can also be applied to more complex ones like liquid crystals and polymers. His work inspired physicists to apply the tools of statistical mechanics and thermodynamics to less conventional materials at the interface of physics, chemistry, and biology.

Less than three decades later, according to DSOFT chair-elect Zvonimir Dogic (UC Santa Barbara), almost every university has at least one soft matter expert in physics and in engineering. However, despite this impressive explosion in breadth and impact, soft matter researchers have been dispersed throughout other APS units centered on the related areas of biological physics (DBIO), polymer physics (DPOLY), fluid dynamics (DFD), and statistical and non-linear physics (GSNP), leaving less visibility for soft matter as a whole. The hope is that DSOFT will be an umbrella organization for soft matter researchers in all their diversity, while still maintaining synergy with other APS divisions.

Notable avenues of research in soft matter include everything from the so-called “extreme mechanics” of very slender objects, to the use of machine learning to study disordered, far-from-equilibrium systems, to the liquid crystal properties of biological materials. Particular excitement surrounds the topic of active matter, complex particulate systems in which the constituent parts have their own source of energy (such as a flock of birds, a swarm of bacteria, or self-assembling biopolymers). Soft matter encompasses even the physics of knitting—a fascinating example of emergent properties given that a one-dimensional strand of yarn can give rise to an extremely intricate, three-dimensional object, and that combinations of just two simple knit stitches can produce fabrics with vastly different elastic properties.

As these topics suggest, DSOFT is a natural home for interdisciplinary scientists. In fact, Durian underscored that DSOFT intentionally calls itself the Division of Soft Matter (as opposed to “Soft Matter Physics”) to signal inclusivity to researchers from physics-adjacent specialties such as engineering, chemistry, geoscience, and biology. Accordingly, approximately one-third of DSOFT’s members have an academic home outside of physics. Noted Durian, “of all disciplines within physics, soft matter connects to the most departments across a research university.”

Empowering graduate students and early-career researchers is also a top priority for DSOFT. Dogic explained that with DSOFT’s new Division status the organization hopes to dedicate more resources to career development for young scientists—from grants that support conference travel to mentorship to hosting workshops on the various career paths in soft matter physics. In terms of exposing undergraduates to the science of soft matter, Durian noted that many liberal arts colleges are hiring soft matter experimentalists because the field enables cutting-edge research using relatively inexpensive table-top apparatus. Added Daniels, “young people are the ones who will be doing soft matter research for the longest in the future; they’re our best investment.”

Overall, DSOFT stands out as a long-awaited home for physicists studying the mysteries of the everyday. “The beauty of this field lies in its ability to reinvigorate the intrinsic curiosity about the world known to every child,” remarked DSOFT member-at-large Elisabetta Matsumoto (Georgia Institute of Technology). “To the soft matter physicist a mystery lies hidden in every coffee stain, uncombed head of hair, and wrinkled shirt.”

More information on this unit can be found on the DSOFT website.