In 2014, APS adopted a new governance structure [1], and among the more important changes was a redefinition of the roles of the Board of Directors and the Council of Representatives. The Council is the larger body, like the U.S. House of Representatives, and the Board is smaller. As a result of the change, all voting members of both Board and Council are elected by the members of APS. The Council includes the Presidential Line [2], the Treasurer (a new elected position), four general and four international councilors, and the Chair of the Nominating Committee, all of whom are chosen in Society-wide elections. Another two-dozen councilors represent the divisions, forums, and sections and are chosen in their unit elections. The Board includes the Presidential Line, the Treasurer, the Speaker of the Council (also a new position), and another eight or nine councilors. The Speaker and other councilors on the Board are chosen in Council elections.

In the old APS structure, the Council was officially the final decision-making body, but in practice, the Board always met the day before the Council meetings, and most issues had been discussed and resolved in the Board meetings before they were even brought to the Council. It was also rather tedious to have everything presented first to a smaller group and then repeated for the larger group. In the new APS structure, the Council and Board have distinct roles and responsibilities. The Council has responsibility for most scientific and strategic matters, and the Board has responsibility for financial issues and governance. Of course, there are always areas of overlap, particularly with the APS research journals, which have major scientific and financial impact, but the Council’s mandate now includes many of the issues of greatest interest to the membership, such as units, meetings, fellows, prizes, outreach, and educational initiatives. Also, most of the standing committees of APS are Council committees or joint Council and Board committees, so the Council has a broad variety of things to deal with.

The Council also gained new leadership with the Speaker of the Council and the Council Steering Committee (CSC). The Speaker-Elect serves one year in that role and then serves as Speaker during her/his final year on Council. In addition to the Speaker, Speaker-Elect, and President-Elect, the CSC includes four other councilors who have two-year terms. As the first ever Speaker of Council, I had the opportunity to occupy a new role for the last two years. This was a really exciting and fun time when the new Council leadership had to figure out how things should work in the new structure. We were especially committed to making the Council much more interesting and interactive, and I think we were successful. Also, the Council now meets before the Board, so any topic on both agendas is first presented to everyone and need not be repeated the second day.

Starting in January 2015, all of the members of the newly minted CSC attended the Leadership Convocation, which is the annual gathering of all Unit leaders, and we organized a facilitated small group discussion with the Unit leaders to find out how they wanted to interact with Council. We learned that the units wanted to know more about what Council was doing and that those units not having their own councilor wanted more representation. To provide more information, we agreed to give the Unit leaders access to the agenda and briefing materials about a week before each Council meeting. We also distributed a year-end and mid-year report on Council activities.

The representation issue required more thought, as the Council has already almost forty members, and meetings also include APS staff, guests, and speakers. At the first meeting of the new Council in April 2015, the councilors brainstormed how to provide more representation without making the Council so large as to be unwieldy. The unanimous agreement was to designate existing councilors as representatives for the other units. The topical groups and small forums identified a division or forum most closely aligned with their interests for their Council Representative. The two section councilors were each asked to represent four additional sections. All representatives are identified on the Council webpage and the Unit Executive Committee webpages.

Publications are an extremely important part of what APS provides to the physics community. Both the Board and Council hear regular reports from both the Editor in Chief and the Publisher, and both discussed at length the proposals for new journals and approved the creation of Physical Review Fluids in 2016.

Meetings are another important service to the community. There has been concern for some time about the health of the APS April Meeting: An earlier task force had recommended moving the meeting to the fall, but this proved impossible. Council formed a new April Meeting Task Force that included councilors from all of the units that have significant participation. The Task Force recommended the formation of a chair-line for the April Meeting Steering Committee, with a four-year rotation among the major units. While this really goes into effect only in 2017, the April Meeting 2017 organizers already see a significant improvement in terms of coordination and continuity.

Prizes, awards, and fellowships are another responsibility of Council, and we have had to hold a third virtual Council meeting in September each year to approve awards. In early 2015, we formed a new committee to select awardees for the new APS Medal and the Lilienfeld and Valley prizes, all of which are Society-wide. For broad representation, the committee includes all division councilors. We also requested the Committee on Prizes and Awards to conduct a review of the program, which was long overdue. Their very thorough report was discussed at the November 2016 Council meeting, and their recommendations sent to APS honors staff for implementation.

The Fellowship Committee also conducted a review of its program and recommended changes to the allocation algorithms. APS has actively recruited student members, and students are now almost a third of APS members. This means that the number of fellowship nominations per year has increased by almost 50% without any corresponding increase in the number of eligible candidates. After a very thoughtful discussion, the Council approved a change such that the number of new fellows per year cannot exceed 0.5% of non-student members, beginning in 2017.

Council has covered many more topics over the last two years than can possibly be discussed here, but the new leadership seems able to support a much more active role for Council in the Society. I was fortunate to have a terrific group of people serving on the first Council steering committees to get the new Council off to a good start. We leave Council in the capable hands of Dan Kleppner, Speaker of the Council in 2017, and Tim Gay, Speaker in 2018.

The author is an accelerator physicist at the SLAC National Accelerator Laboratory. She led the world’s first linear collider project, the Stanford Linear Collider, in the 1990s and has been a leader in subsequent linear collider design efforts. She was the Councilor for the Far West Section in 2013-2016 and served as Speaker of the APS Council of Representatives in 2015 and 2016. 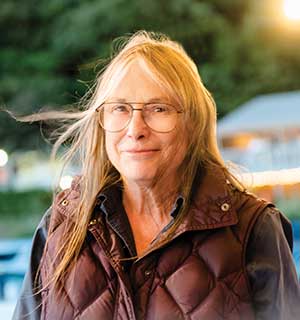