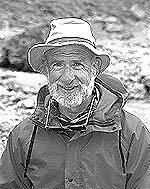 Members of The American Physical Society have elected Andrew M. Sessler, a senior scientist at Lawrence Berkeley Laboratory, to be the Society's next Vice-president. Sessler's term begins on 1 January, when he will succeed D. Allan Bromley (Yale University), who will become President-Elect. Sessler will become APS President in 1998. The 1996 President is J. Robert Schrieffer of Florida State University.

In other election results, Gerard M. Crawley of Michigan State University was elected as chair-elect of the Nominating Committee, which will be chaired by Martin Blume of Brookhaven National Laboratory in 1996. The Nominating Committee selects the slate of candidates for vice-president, general councillors, and its own chair-elect. Its choices are then voted on by the APS Membership. Susan J. Seestrom (Los Alamos National Laboratory), Donald Hamann (AT&T Bell Laboratories), Daniel Auerbach (IBM Almaden Research Center) and Ronald Walsworth (Smithsonian Astrophysical Observatory) were elected general councillors.


After earning a bachelor's degree in mathematics from Harvard University, Andrew Sessler received his Ph.D. in physics from Cornell University. He spent a year with Hans Bethe doing elementary particle physics research before joining the faculty of Ohio State University. In 1962 he moved to Lawrence Berkeley Laboratory, where he has remained ever since, with the exception of brief tenures at the Niels Bohr Institute, CERN, and Japan's KEK facility. He served as LBL's director from 1973 to 1980.

Sessler has also been active in arms control and human rights issues, chairing the Federation of American Scientists from 1987 to 1991, and co-founding Scientists for Sakharov, Orlov and Sharansky. He received the first APS Nicholson Medal for Humanitarian Service for the latter accomplishment. Sessler's extensive service with the APS includes stints as chair of the Panel on Public Affairs, the Committee on the International Freedom of Scientists, the Committee on Applications of Physics, and the Division of Physics of Beams. Describing himself as "an optimist and an activist," Sessler focused in his candidate's statement on ways the APS can take action on such far-reaching challenges as continued support of physics research by the federal government, the continued health of the profession in industry and academia, and the shrinking job market for Ph.D. physicists. The APS should also be concerned with the impact of electronic publishing on its journals, as well as continuing its efforts on behalf of physics education, women and minorities in physics, human rights, and stimulating physics in other countries.

Specifically, Sessler supports increased APS involvement in "selling" physics to the government, the universities and the industrial sector, which he believes is essential to creating new jobs and securing old ones for physicists. "Physicists are remarkably capable of performing in ways which constantly surprise non-physicists," he said of future employment opportunities. "We are admirably suited for 'nontraditional' jobs."

To this end, Sessler particularly advocates stressing ways physics can contribute to such pressing national issues as energy conservation, and reiterated the importance of U.S. involvement in ITER, as well as the need for a fusion facility in this country. He also supports a proposed APS-sponsored study on the status and technological potential of electricity generation from renewable energy sources. "Such unbiased studies can be of great importance to the government and the citizenry, and it puts the APS, in good light, into the public eye," he said, citing past work on safe reactors, high efficiency vehicles, and directed energy weapons as examples.

The Society's efforts against pork-barrel additions to the federal budget, as well as Congress' cancellation of the Superconducting Super Collider and the Advanced Neutron Source, are good examples of the APS assuming a vocal role in shaping national science policy, according to Sessler. He also believes the APS should continue to be a strong advocate for small science, which he deems essential to the continued health and vitality of the field. However, "At the same time, we clearly need in many subfields of physics a healthy national program built upon major facilities in the U.S., as well as vigorous international programs based upon jointly constructed major facilities," he said.

Chair-Elect, Nominating Committee
Gerard Crawley received BSc and MSc degrees from the University of Melbourne in Australia in 1959 and 1961, respectively, and a Ph.D. in physics from Princeton University in 1965. Following a postdoctoral appointment at Michigan State University, he was a Queen Elizabeth II Fellow at the Australian National University from 1966 to 1968. He returned to Michigan State University as an Assistant Professor in 1968 and has held a faculty appointment there ever since. He served as associate director of the National Superconducting Cyclotron Laboratory and chaired MSU's Department of Physics and Astronomy from 1988 to January 1994, when he assumed his current post as Dean of the Graduate School.

Crawley's research interests are in experimental nuclear physics, particularly in the simple modes of nuclear excitation. His APS service includes a stint as chair of the Division of Nuclear Physics from 1991 to 1992. He also co-chaired the division's Resource Committee. In this latter role, he was responsible for the production and circulation of a brochure which attempted to explain to a lay audience what nuclear physicists do and what society gains from an investment in nuclear physics. He chaired the Selection Committee for the APS Visiting Minority Lectureship in 1994 and is currently a member of the APS Committee on the Status of Women in Physics.

Crawley identified three major challenges facing the physics community in his candidate's statement: the continued tight job market for Ph.D. physicists, and the perpetuation of the myth that choosing a career other than faculty at research universities constitutes failure as a physicist; better representation of women and minorities in the physics profession; and the need for better communication with non-physicists, both in local and federal government, and the general public. "We must help them to become aware of the value and excitement of our discoveries, which enrich society both materially and intellectually," he said.

General Councillors
Daniel Auerbach received B.S., M.S., and Ph.D. degrees in physics from the University of Chicago. He held research positions at the FOM Institute for Atomic and Molecular Physics, Amsterdam, and the University of Chicago and served on the faculty of the Johns Hopkins University before joining IBM in 1978. His research interests center around the dynamics of gas surface interactions, including the determination of potential energy surfaces, the study of energy transfer processes, and the investigation of the detailed mechanisms of chemical processes on surfaces.

In his candidate's statement, Auerbach identified his chief goal as strengthening and initiating new activities for the APS aimed at defining, expanding and communicating the value of physics and physicists to society as a whole. He believes this is especially important to meet the difficult challenges facing the physics community today. This does not imply abandoning basic research in favor of more directed research. "Basic research is an essential component of the value physics provides," he said. "But it does mean forging new relationships among the broad constituency represented in the Society: physicists in academia, government labs and industry."

Hamann's initial research was in many body physics, with a focus on the low temperature properties of dilute magnetic alloys. He has also made contributions to the subjects of intercalated graphite, oxide superconductors, and quantum Monte Carlo theory. Hamann was awarded the Davisson Germer Prize of the APS in 1979 for his research on the electronic structure of surfaces, and served on the Executive Committee of the APS Division of Condensed Matter Physics. He also served on various program committees and review panels, and chaired the Panel on the Theory of Surfaces of the DOE Council on Materials Science.

In his candidate's statement, Hamann called for a more substantive APS response to the crises in physics employment and research support, maintaining that many proposals focus primarily on improved public relations. "The academic, governmental and industrial constituencies which underwrite our activities have a legitimate self-interest in our results. Like it or not, their needs form a context for our research," he said. He does not believe that choosing research directions that addresses the needs of those constituents will prove detrimental to basic research; rather, it will expand the range and diversity of fundamental problems to which the methodology of physics can be applied. Providing graduate students with such a context for their thesis research can help prepare them for a broad range of career options.

Susan Seestrom received her Ph.D. in experimental nuclear physics from the University of Minnesota in 1981. She did post-doctoral research at Los Alamos National Laboratory from 1981-1983 and at the University of Minnesota from 1983-1986. In 1986 she returned to Los Alamos as a technical staff member, where she has remained until the present time. Her research interests include weak interaction nuclear physics, fundamental symmetries studied using neutron beams, nuclear structure and reaction mechanism.

Seestrom was a member of the Executive Committee of the APS Division of Nuclear Physics from 1993-1995, and a member of the DNP Program Committee from 1986-1988. She has also been an active user of the Los Alamos Meson Physics Facility, serving on the Board of Directors of the LAMPF Users' Group from 1990-1992.

In her candidate's statement, Seestrom identified the lack of support and understanding of the importance of basic research in science by the general public and government as the most important issue facing the APS. "It is essential that we...convince non-specialists of the value and interdependence of basic and applied research," she said, calling for improved educational efforts and increased participation by women and minorities to achieve that end, as well as less infighting between the subdisciplines of physics. "If we demonstrate through our actions that we do not appreciate the science being pursued by our colleagues, it will be difficult to persuade the public of its importance."

His research interests cover a wide range of basic and applied topics. He currently heads a research group working on the following problems: the development of improved atomic clocks; the experimental investigation of low temperature atomic and condensed matter physics; searches for physics beyond the Standard Model through precise tests of physical laws and symmetries; and the development and application of new tools for biomedical imaging and spectroscopy.

Walsworth identified four main goals he deemed important for the APS in his candidate's statement: further improving communication between the physics community and Congress and the general public; fostering analysis, discussion and action regarding the career problems facing all scientists; continuing to publish highly regarded journals and to hold top quality conferences; and working to break down barriers to multi- and cross-disciplinary research. "Some of the most exciting work today in both fundamental and applied science involves the crossing and merging of disciplines," he said. "It is vital to eliminate barriers within funding agencies and research and educational institutions to such efforts."