URL for Full Bio or CV

Membership in Other Societies

Dr. Williams was Deputy Director of the Physical Measurement Laboratory of NIST from 2015 until he retired at the end of 2021. During this time he was a Fellow of the Joint Quantum Institute, the Joint Center for Quantum Information in Computer Science, and a Adjunct Professor in Physics at the University of Maryland. Dr. Williams led the NIST Quantum Infomation Program from its establishment in 2000 until his retirement. He played an important role in the National Quantum Initiative.

APS's mission is to “advance and diffuse the knowledge of physics for the benefit of humanity, promote physics, and serve the broader physics community.” This is accomplished through means, from scientific discovery and dissemination to advocacy, education, communication, and by creating a welcoming and inclusive environment for the engagement of members and the broader public. As a government employee over most of my career, these activities have been part and parcel of my makeup.

APS played an essential role in my career, by providing me a place to disseminate my research and engage with the international scientific community, to offering a place for advocacy and engagement with the public. My research began in atomic and molecular physics and evolved in the early 2000s into quantum information science (QIS). QIS has deepened my appreciation of the various subfields of physics since QIS today touches on subfields, from condensed matter physics to astrophysics, with influences flowing between the various subfields and QIS in both directions. As a member and candidate, I am committed to enhancing the health of the US physics enterprise and to strengthening the APS’s leadership of physics. It is also essential in today’s complex world to maintain the international character of APS’s meetings and journal publications.

At NIST my career focused on building the NIST quantum information program. In 2006 this led to the formation of the Joint Quantum Institute between NIST and the University of Maryland. In 2008-2010, I was on detail to the Office of Scientific and Technology Policy (OSTP) where I was responsible for the first interagency subcommittee focused on QIS. Following my return to NIST, where I eventually became the Deputy Director of the Physical Measurement Laboratory, I continued my engagement with OSTP which led to the National Quantum Initiative Act (NQI) of 2018. This is the first time that professional societies in the physical sciences, including APS, proposed legislation that resulted in increased funding of scientific agencies. My engagement around the NQI also led to the formation of the Quantum Economic Development Consortium (QED-C), an industry led consortium that includes industry, the government, and academia. The NQI and the emerging development of the quantum industry has also provided new industry R&D jobs for many physicists, thereby creating increased opportunities for students and postdocs. I believe that this experience will allow me to strengthen APS’s advocacy function to touch on a broader scope of physics subfields that could lead to increased funding for physics research and the scientific enterprise. In addition to these national leadership opportunities, I have been a member of the APS Physics Policy Committee. If elected, I will use my experience to strengthen APS’s engagement with industry and advocate for legislation and policies within the US that allows APS to better fill its core mission. 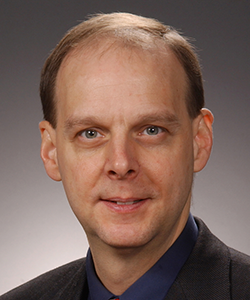