Bringing the Joy of Scientific Inquiry to Girls in Pakistan 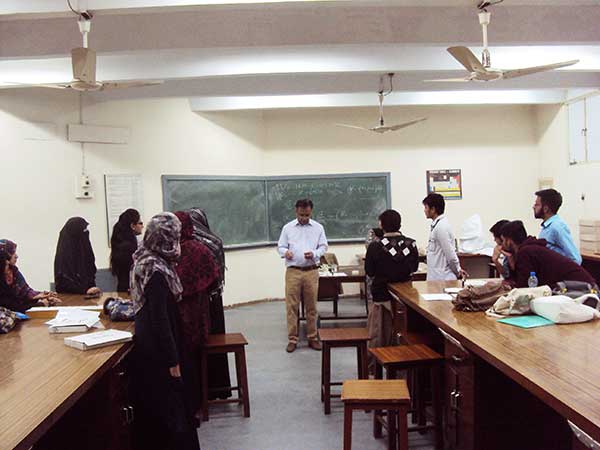 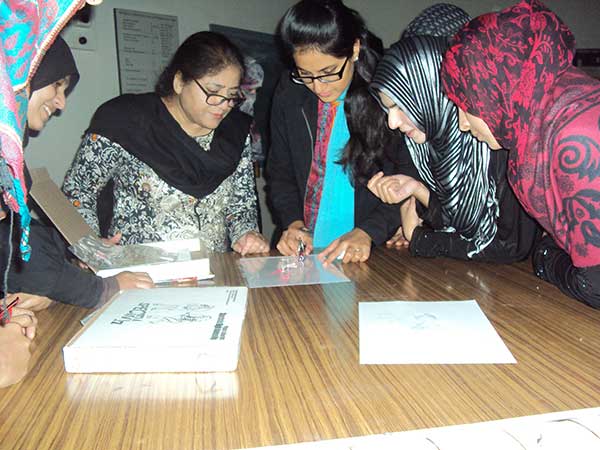 The year 2015, which was designated by the United Nations as the International Year of Light and Light-based Technologies (IYL 2015), was particularly special for many of us in Pakistan and elsewhere, and especially for me, since I am a physics teacher and have a Ph.D. in quantum optics. This name created a special environment and "endorsement" that gave life to many ideas for outreach that could have a positive and lasting impact on society.

This story begins during the second half of 2015. Having tutored young students each year for a decade during the Preparatory School to the Winter College on Optics at the Abdus Salam International Centre for Theoretical Physics (ICTP) in Trieste, Italy, I found it easy to generate and refine those ideas. During the past 28 years, I have visited ICTP as a student, as an associate, as a tutor, and as a lecturer; I realized that scientists there are committed to work in and for underdeveloped countries, like Pakistan. Joseph Niemela, an APS fellow and 2016 recipient of the APS Dwight Nicholson Medal for Outreach, is one of them.

During a coffee break at the 2015 Winter College on Optics, Joe and I discussed IYL 2015 and decided to add a UNESCO teacher-training workshop called Active Learning in Optics and Photonics (ALOP), to be financially supported by the International Society for Optics and Photonics (SPIE) and held in Islamabad, Pakistan. We also discussed the need to take some of this material directly to students at both the undergraduate and high-school levels, and in particular to give special opportunities to young women to participate in related hands-on activities in optics. He had very kindly given me some Photonic Explorer kits (EYEST). Later he received some APS "PhysicsQuest" kits from the APS Head of Outreach, Becky Thompson.

"PhysicsQuest" is a story-based activity that exposes students to the fun and relevance of science in a comic-book format, with a young superheroine named Spectra who battles a new villain each year, such as General Relativity and Miss Alignment. These PhysicsQuest stories weave four physics experiments into the comic-book’s narrative. The APS PhysicsQuest kits are provided to teachers and include a user's manual to accompany the story and materials for four physics experiments. Joe Niemela personally delivered these kits during a visit to Islamabad in July 2016, in which he was able to observe and photograph an outreach event for 20 female undergraduate students at Quaid-i-Azam University.

Going back to 2015, I realized that I had all the needed ingredients to take hands-on activities to schools and do something personal for IYL 2015. After returning to Pakistan, I discussed this with my colleague Raheel Ali, a laser physicist who at that time had agreed to work with me for the ALOP project held during the second week of December 2015. Our dream was to do something to help inspire a new generation to study science, through a hands-on, active learning-based session in optics dedicated to IYL 2015.

As our first outreach visit we went to a private school in Islamabad. When we were discussing the possibility of this visit with their science teacher, he was very enthusiastic about it. At that school the teacher was deeply involved in the learning process. This experience taught us a number of things, and one of them was the realization that private schools didn’t really require our support, whereas public or government schools had a real need. That is where we decided to focus our efforts.

In January 2016, we started our optics activities on a large scale by inviting undergraduate girls from local government colleges and schools for a one-day active learning event in optics. Each experience inspired us to do more. It is hard to describe the enjoyment of seeing young enthusiastic girls so keen to learn, so eager to get their hands (and minds) engaged. In fact, it was always difficult to say good-bye to these girls at the end of the day and they always wanted us to invite them again.

And this was not something they got credit for. They did it presumably for the enjoyment of discovery, the same motivation that often inspires graduate students and established researchers to work the long hours that are necessary. It of course is our hope that some of these girls will decide to continue in science and that we may see them in our classes and, most of all, that they may choose to do outreach themselves one day and be a role model for a new group of girls.

We found that the active learning environment provides a very friendly atmosphere (perhaps different from their normal class experience), where students are encouraged to ask questions (also perhaps different!) and make predictions about the possible outcomes of an experiment based on a carefully chosen set of observations, rather than going into mathematical equations. During this process they are encouraged to interact with their fellow students as well as their facilitators. Unheard of! Speaking of light, their smiles, their laughter, the glow in their eyes reminded me of exactly that: a light as beautiful as any rainbow, or reflection from a pool.

If I seem overly poetic about the experiences of these girls it is because I have been affected as well. Being a woman, being a daughter and later a daughter-in law, being a wife, being a mother of a young girl and also knowing the realities of how female children have been treated in remote areas of my beautiful country makes me want to do so much more, especially in those areas where having an uneducated male heir is a greater source of pride to a mother than a daughter with an advanced degree.

Maybe it is not so much about what the girls learned on any particular day, but rather that they had on that day their own voice, a level of respect independent of their gender, and the chance perhaps to just have fun and follow the path where their natural curiosity took them.

We talk about the power of science in terms of great discoveries that have improved our quality of life. That was highlighted extensively in 2015 in the context of light technologies. All very true. But some of us learned in 2015 another lesson: that scientific inquiry in its most humble form, as an exercise for young girls, also has the power to significantly improve the quality of life, perhaps only for a day in our case, but probably for much longer.

Therefore, I slip back into poetry. For me, these young Pakistani girls really do embody light and their faces transmit a positive energy that says clearly: We are your future, take care of us and we will take care of you, as good citizens, mothers, teachers, and as productive members of an enlightened society, where culture and traditions do not have to be in conflict with the realization of the potential of young girls.

I am very grateful to APS for the opportunity to do outreach with their kits, to the Abdus Salam ICTP and Joe Niemela for helping to get them into my hands, and to the many friends around the world who believe as I do in a brighter future enabled by young people having access to education and fueled by the joy of scientific inquiry and discovery.

The author is associate professor of physics at Quaid-i-Azam University in Islamabad, Pakistan.