Finding the ground state of a system of many quantum particles is a challenge for even the best numerical simulation methods. But what if scientists used the idea behind machine learning and unleashed "computer players" to learn about and solve the ground state of quantum many-body systems, much like computer programs that play chess or Go? Writing in Science (doi: 10.1126/science.aag2302), Giuseppe Carleo and Matthias Troyer describe an artificial neural network that acts as a computer player. So far, this tactic appears to be beating out the competitors — solving the ground states of quantum many-body systems faster than most numerical methods used in quantum calculations. Using a reinforcement-learning scheme, the team demonstrated that their method was capable of both finding the ground state and describing the evolution of complex interacting quantum systems over time. Although Carleo and Troyer only examined a few problems with known solutions, their program’s ability to outperform state-of-the-art numerical methods in accuracy might give other scientists reason to expand upon their work in the future. 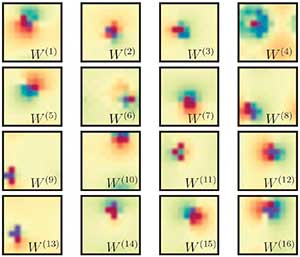 In a serendipitous discovery, researchers at the Intermediate Palomar Transient Factory (iPTF) snagged the first optical spectra of a supernova right after its explosion. Most stars that are much more massive than the Sun explode as supernovae at the end of their lives, but researchers do not yet fully understand why and how they explode. Finding and observing a supernova explosion in its first stages is challenging: In our galaxy, these are rare events, and young supernovae even rarer. As reported in Nature Physics (doi:10.1038/nphys4025), scientists at the iPTF observed supernova SN 2013fs a mere three hours after explosion, and they were able to record its optical spectra as early as six hours after explosion. By characterizing the spectral lines corresponding to emissions of ionized oxygen, nitrogen, iron, helium, and hydrogen, the team shed light on both the matter ejected by the explosion and the environment surrounding the star prior to explosion. Their analysis indicates that SN 2013fs is a type II supernova originating from a red supergiant star, and that it was surrounded by a dense shell of gas, which could have been produced by instabilities during the supergiant’s terminal years. 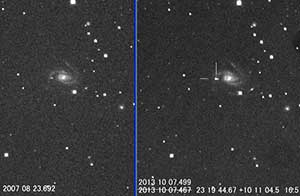 A supernova is born

Hairdressers are quick to give their tips for applying shampoo and other treatments. Now physicists have chimed in with their own grooming advice. A new theoretical study published in the European Physical Journal E (doi: 10.1140/epje/i2016-16116-4) concludes that massaging perpendicular to the hair strands can help transport the nanoparticles in shampoo-like drug treatments toward the hair follicle. The secret is in the structure of hair cuticles, which have a rigid saw-tooth structure. By using standard models of random motion, Matthias Radtke and Roland Netz were able to simulate the motion of particles moving along the jagged surface of the hairs as a result of the oscillatory motion of massaging. They found that the sawtooth-like surface helped guide the nanoparticles toward the bottom shaft near the follicle when massaged perpendicular to the strand. When massaged relative to the strand in a parallel motion, the particles were found to move up the strand, away from the narrow shaft of the cuticle. Radtke and Netz also adjusted the size and shape of the particles and found the smaller the particle size, the faster they moved down the shaft to the cuticle of hair. 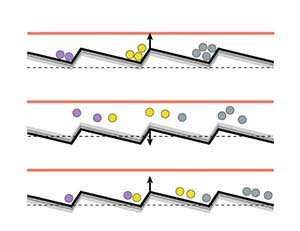 Researchers have used light from two stars in the Milky Way to close a loophole in experiments that support nonlocality — the notion that very distant phenomena can be correlated by quantum entanglement. Nonlocality can be verified through so-called Bell tests, experiments whose outcomes cannot be explained by any local theory. But the experiments can have loopholes that allow a purely classical interpretation. In 2015, scientists closed two major loopholes in the same experiment (see Viewpoint article), but a third back door remained ajar: Bell tests could be invalid if some of the experimental parameters were correlated through an unknown mechanism instead of being randomly chosen. Handsteiner et al. have now closed this "freedom of choice" loophole by exploiting the random nature of starlight. Using two telescopes, the authors collected photons from two stars and used the photons’ fluctuations to create randomized settings for Bell tests. The results, described in Physical Review Letters (doi: 10.1103/PhysRevLett.118.060401) close the loophole over a time-scale corresponding to the time taken by light to travel to Earth, 600 years — a 16 order-of-magnitude improvement over previous tests. (For more, see the Synopsis "Cosmic Test of Quantum Mechanics" in Physics) 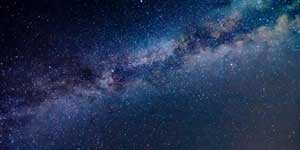 Using a new imaging technique that tracks seismic waves moving through the Sun, researchers have confirmed that the star’s surface rotates slower than its interior and they may have figured out why. In a paper in Physical Review Letters (doi.org/10.1103/PhysRevLett.118.051102), Cunnyngham et al. propose that photons radiated from the surface extract angular momentum, slowing down the surface rotation. Past observations have had limited resolution (about 2000 km), but the team’s new measurements probed the Sun’s outer layers with 10-km resolution, finding that most of the rotation slowdown happens in a 70-km skin. They explain that as photons diffuse outward from the core, their exchange of angular momentum with turbulent plasma produces a mild braking force. This braking is most effective at the outer layer of the Sun, where the plasma density is lowest. The researchers calculated the rotation speed implied by their photon-braking effect and found good agreement with their solar observations. This braking mechanism would not be sufficiently strong to affect the rotation speed of the Sun’s core, but it could be relevant for brighter stars, which radiate more photons. (See the Focus story "Photons Brake the Sun" in Physics) 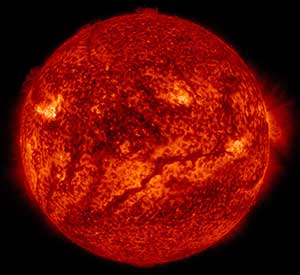 Photons put a brake on the sun