Cat Tongues Are the Ultimate Detanglers

2016 APS Division of Fluid Dynamics Meeting — Knots and other nasty tangles are a nuisance to remove from human hair, and regular hairbrushes seem to make things worse. Perhaps the secret to better detangling is known by our furry feline pets. The question is: How do they groom their coats?

Alexis Noel from Georgia Institute of Technology started asking herself the same question while watching her pet cat at home.

"[My cat] was licking this microfiber plush blanket, and he got his tongue stuck … .", Noel told the crowd during her presentation at the 2016 APS Division of Fluid Dynamics meeting. "While it was hysterical, the scientist in me started thinking, ‘Why does this happen?’" The answer seemed at first like something involving a fluid — saliva — but Noel’s research went down a different path.

Currently a Ph.D. candidate in mechanical engineering, Noel wanted to know more about the forces and dynamics behind cat grooming, so she got a tongue tissue sample, brought it into the lab, and took an up-close 3D look using a computational tomography (CT) x-ray scanner. 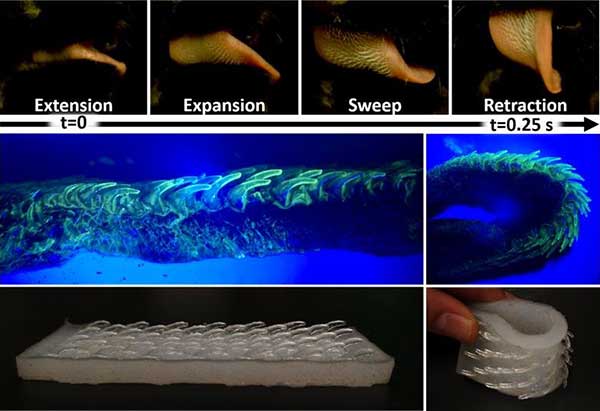 "The tongue had these very interesting spines, called papillae, which were organized like roof shingles," Noel said. While the sharp spines are actually made of hard material similar to human fingernails, they are embedded within soft tissue that allows the papillae to rotate and lock onto tangles. "[Moreover] the surface of the spine itself [has] tips, which are slightly sharp," Noel added. She said that these "claw-like spines" helped catch hairs, but wasn’t yet sure how cats used them during cleaning.

To investigate the function of the spines, she recruited a laboratory assistant (her cat), and filmed him grooming with a high-speed camera. Noel and her team were able to slow down the footage to identify different stages of grooming in which cats use the sharp spines to pull tangles out of their fur.

"The sweeping motion is the standard grooming motion everyone is familiar with," Noel commented. "[But in this motion], the retraction of the tongue in a v-shape formation [allows] the spines to catch onto the fur."

"The spines go from [making a] 20° to 30° angle with the surface of the tongue to almost 70° to 80° degrees just from the stiffening of the tissue," Noel continued. "As the tissue deforms it acts like a progressive spring [which has a nonlinear spring constant]. It doesn’t spring back though: the spines actually stay relatively vertical after the [tissue] is deformed, [which] may help with grooming."

As much help as her cat provided, Noel wanted to perform more systematic testing — so she used her favorite hobby (3D printing) to recreate a cat tongue at 400% scale. By hooking up the tongue model to an extensional rheometer and pulling it through a hair sample attached to a force plate, she could measure the force in all directions and mimic the grooming mechanisms observed on film.

"Like a heat-seeking missile for tangles, once [the spines] find a tangle, they rotate and pull," Noel stated. "After grooming faux fur, it was [also] very easy to clean the cat tongue. [Just] rub in the opposite direction of the spines … it all comes off in one sweep."

Although it’s apparent that cats are equipped with heavy duty hairbrushes, researchers are just beginning to untangle the science behind their grooming. Noel and her team hope to investigate how cats wet the spines on their tongues, and how this moisture affects grooming — depending on how many cat volunteers they can recruit. 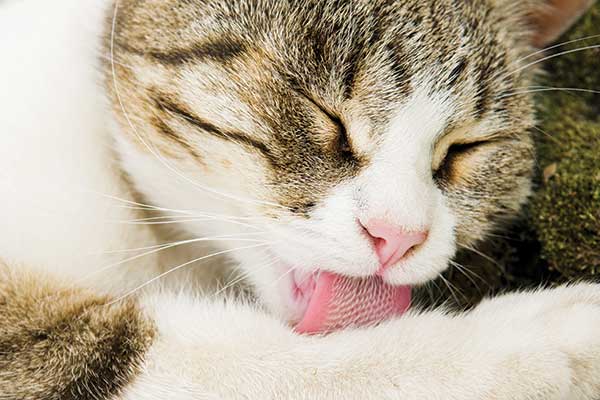