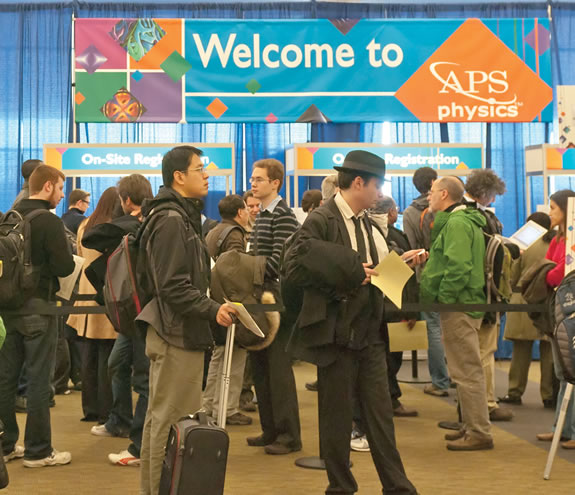 The so-called March Meeting, which took place mostly in February this year, shattered all previous records for attendance, with an official count of 9867 physicists taking part. (The only bigger APS meeting was the combined March and April Meeting in 1999 held in conjunction with the APS Centennial celebration.) Here new arrivals crowd the space in front of the registration desk at the Boston Convention Center as the meeting got underway on Monday morning, February 27.