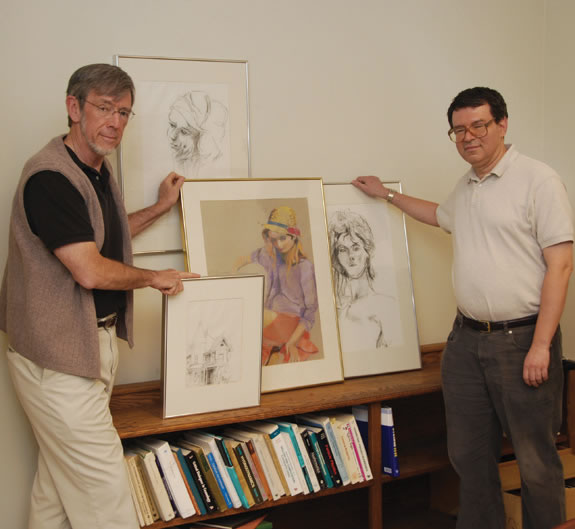 
The drawing below was done in 1985 by celebrated Caltech physicist Richard Feynman. It is one of several that are now at Princeton in the possession of APS President Curtis Callan. In the photo above, Callan (left) enlists the help of colleague Igor Klebanov to display a few of the others. The works were acquired by Princeton, where Feynman had been a graduate student, in the mid-eighties, and were kept in the office of the late Sam Treiman, from whom Callan received them. In the opinion of experts, Feynman was at least as good at drawing as Rembrandt was at physics. 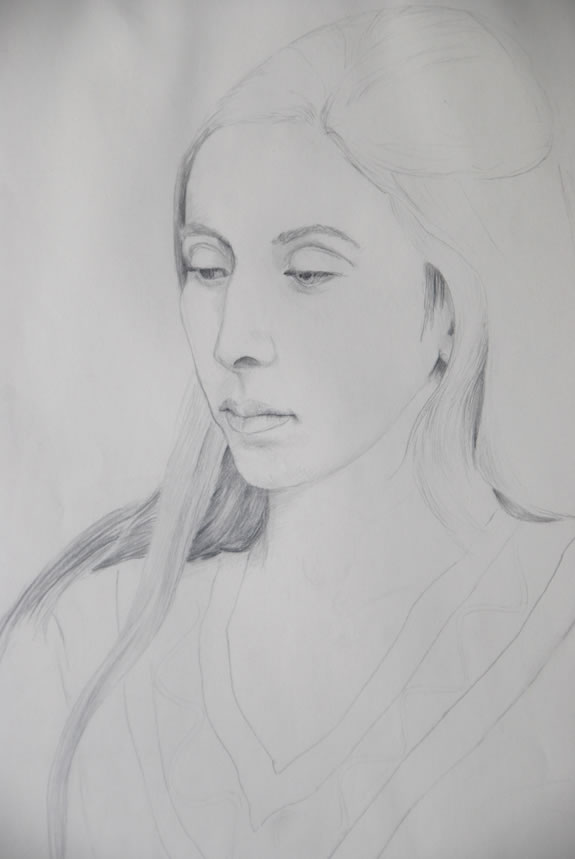