Dr. Richard Anthony Baker’s career in diversity and equal opportunity in higher education spans more than 15 years. He is currently the Assistant Vice Chancellor and Vice President for Equal Opportunity Services for the University of Houston System and University of Houston ("University") — the fourth largest university in the state of Texas. Specifically, Dr. Baker is responsible for managing the University’s anti-discrimination efforts, including providing administrative guidance, conducting formal investigations of complaints as well as providing prevention training for nearly 80,000 faculty, staff and students.

In addition to those responsibilities, Dr. Baker is a Board Member and Region VI Director for the American Association for Access, Equity, and Diversity (AAAED), a national not-for-profit association of professionals working in the areas of affirmative action, equal opportunity, and diversity. Dr. Baker is also a frequent conference speaker and trainer in the area of discrimination and harassment. Through his efforts, Dr. Baker was honored with numerous awards including the 2015 Class of the Houston Business Journal’s 40 Under 40, AAAED’s 2015 President’s Award for Leadership and Service, and a recipient of the 2013 Difference Makers Award by the University Commission on Women for his effort to support and contribute to women’s advancement or opportunity on the University campus.

Dr. Baker has the distinction as the first African-American to graduate from Texas Tech University with a doctorate of jurisprudence, and graduate degrees in Public Administration (M.P.A.), and Higher Education (Ph.D.). Dr. Baker is the proud father of Nia and Nigel and has been married to his wife Tiffany for 11 years. 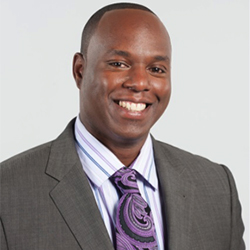 Theodore Hodapp is the director of Project Development and senior advisor to Education and Diversity for the American Physical Society (APS) in College Park, Maryland. The APS Department of Education and Diversity runs programs that advocate issues relevant to minorities and women, and in areas of education and professional development. Hodapp is Project Director of the APS Bridge Program, which is erasing the achievement gap for underrepresented minority students at the Ph.D. level in physics. He helps lead a large NSF and APS-funded national effort, the Physics Teacher Education Coalition (PhysTEC) that is increasing the quantity of highly-qualified high school physics teachers. He is Principal Investigator on several grants that support the APS Conferences for Undergraduate Women in Physics, which bring together nearly every undergraduate woman studying physics in the United States, and is currently leading a national effort to provide local mentors for underrepresented minority students studying physics, the APS National Mentoring Community.

Before coming to APS, Hodapp served as program director in the National Science Foundation's Division of Undergraduate Education, working with programs in curriculum development and implementation, teacher preparation, scholarships, education assessment and digital libraries. Prior to coming to the NSF, Hodapp was professor and chair of the Hamline University Physics Department in St. Paul, Minnesota. He served as chair of the Physics and Astronomy Division of the Council on Undergraduate Research, and is a Fellow of the American Physical Society and the AAAS. His research interests include laser cooling, optical modeling, and physics education research. 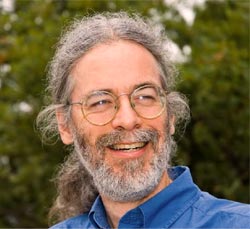 After undergraduate work at Michigan State University, Eric Hooper earned a master's degree in physics from Cambridge University as a Churchill Scholar. Subsequently he obtained a Ph.D. in astronomy from the University of Arizona, followed by a postdoctoral position at the Harvard Smithsonian Center for Astrophysics. From there he moved to the University of Texas at Austin, where he held an NSF Astronomy and Astrophysics Postdoctoral Fellowship and a staff position in the UTeach teacher training program. He returned north again to educational, research, and scientific management positions in both the Physics and Astronomy departments at the University of Wisconsin-Madison. He is the director of the UW-Madison REU program in Astrophysics and serves on the advisory boards of the Center for the Improvement of Mentored Experiences in Research (CIMER) and the National Astronomy Consortium (NAC), the latter an organization working to broaden representation within the field of astronomy. His research interests primarily involve the connections between the timing of supermassive black hole activity and star formation in galaxies.

Mary James is the Dean for Institutional Diversity and the A. A. Knowlton Professor of Physics at Reed College. Her principal areas of physics research have been in accelerator physics and astrophysics. As part of her duties as Dean, Professor James oversees Reed's new Center for Teaching and Learning that supports faculty at all career stages as they develop new curriculum and pedagogical initiatives. Among the goals of the Center is to encourage faculty to investigate and integrate best practices in their disciplines to attract and retain women, first generation students, and students of color in the STEM majors at Reed. Professor James has served on and chaired the Committee on Minorities for the American Physical Society. The committee's work focuses on helping Physics Departments create strong mentoring programs and supportive department climates, particularly for women and students from racial and ethnic groups underrepresented in physics. James received her B.A. in physics from Hampshire College and her Ph.D. in applied physics from Stanford University. 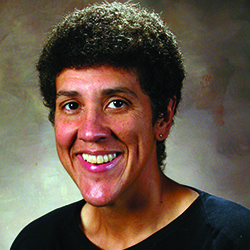 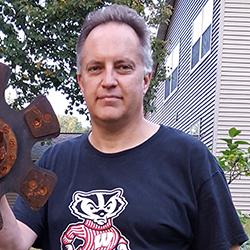 Sandra Laursen, Ph.D., is senior research associate and co-director of Ethnography & Evaluation Research (E&ER) at the University of Colorado Boulder, where she leads research and evaluation studies focusing on education and career paths in science, technology, engineering, and mathematics (STEM) fields. Particular research interests include the underrepresentation of women and people of color in the sciences, professional socialization and career development of scientists, teacher professional development, and organizational change in higher education. She is also interested in inquiry-based teaching and learning, and the challenges of improving STEM education in and out of the classroom.  She is the lead author of Undergraduate Research in the Sciences:  Engaging Students in Real Science (Jossey Bass, 2010) and a co-developer of URSSA, the Undergraduate Research Student Self-Assessment.

John Mateja is an experimental nuclear physicist with research interests is in the area of light heavy-ion reactions.  After earning his B.S and Ph.D. degrees from the University of Notre Dame in 1972 and 1976, he was a postdoctoral research associate at Florida State University. In 1978 he joined the physics faculty at Tennessee Technological University.  In 1988, he joined the staff at Argonne National Laboratory where he had oversight of all college outreach programs at the laboratory. In 1994 he joined the staff at DOE to help establish and oversee the Department’s EPSCoR program.

John became the Dean of the College of Science, Engineering, and Technology at Murray State University in 1998.  During his three-year tenure as Dean, the College successfully competed for a $1.5 million Howard Hughes Medical Institute award, an $800,000 NSF Collaborative Research at Undergraduate Institutions award, three NSF Course, Curriculum and Laboratory Improvement grants totaling over $600,000, and a $1.5 million NSF Experimental Program to Stimulate Competitive Research award. Subsequent to the dean’s position, he was the founding director of Murray State’s Undergraduate Research and Scholarly Activity office and Director of Murray State’s McNair Scholars Program (bringing more than a $1 million in funding to MSU from the Department of Education).

For over 20 years, John has been a leader at the national level of the movement to incorporate undergraduate research and scholarship into the undergraduate educational experience. He has been the President of the Council on Undergraduate Research and the Chair of the American Physical Society’s Committee on Education. In 2006, he was made of Fellow of the Council on Undergraduate Research. In August, 2008, John began a two-year assignment as a Program Director at the National Science Foundation in the Division of Undergraduate Education.  In January 2016, John was appointed the third President of the Goldwater Scholarship and Excellence in Education Foundation. 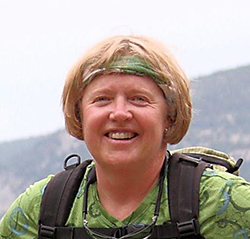 Catherine Mader is a professor of physics at Hope College in Holland, Michigan. Over the past 20 years, she has mentored undergraduate researchers in her theoretical nuclear physics research program and directed multiple programs that support undergraduate researchers, including the Hope College Department of Physics and Engineering REU program. She has led multiple grant-funded programs at Hope College that support apprentice-model and classroom-based research experiences for undergraduates and high-school students, as well as peer mentoring programs to support students in a variety of contexts, including the research laboratory, the academic setting and within the campus community. 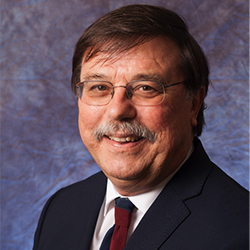 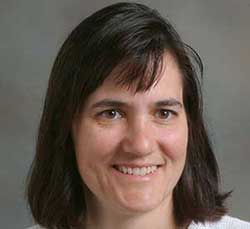