COLLEGE PARK, MD –  The 2012 Nobel Prize for Physics has been awarded to two American Physical Society Fellows who performed experiments exploring aspects of the quantum mechanics of photons and electrically charged atoms known as ions. The Nobel committee recognized the physicists for “ground-breaking experimental methods that enable measuring and manipulation of individual quantum systems".

“Haroche and Wineland have both done beautiful research vital to the technology that truly makes this the century of the quantum,” said APS president Robert Byer. “Modern telecommunications rely on quantum technology, and things like the GPS system so many people use on a daily basis wouldn’t be possible without ultra-precise clocks that exploit quantum effects of the type these two researchers explored. Someday, computers built with quantum mechanical systems, much like those in the labs of Haroche and Wineland, may solve problems far beyond the capabilities of even the most advanced of today’s computers. It's certainly amazing work these physicists have done, and continue to do, and well worth the Nobel committee's recognition.”

Serge Haroche of the Collège de France has focused primarily on trapping photons and studying their interactions with atoms, while David Wineland of the National Institute of Standards and Technology (NIST) in Boulder, CO studies the quantum mechanics of ions cooled and manipulated with lasers. The work of the 2012 Laureates is crucial to studying and confirming the often counterintuitive nature of quantum mechanical systems.

Wineland has also won two of the Society’s prestigious prizes: the 2001 Schawlow Prize in Laser Science, and the 1990 Davisson-Germer Prize in Atomic or Surface Physics. Haroche was recognized as a 2008 Outstanding Referee for his active participation in the physics peer review process.

APS is very pleased that much of this seminal work noted by the Nobel committee has been published in the APS journals: Physical Review Letters, Physical Review A, and Reviews of Modern Physics. To honor these laureates and their collaborators, we have made freely available five of their many APS publications that demonstrate some of the key insights of their pioneering work.

Quantum Rabi Oscillation: A Direct Test of Field Quantization in a Cavity

Observing the Progressive Decoherence of the “Meter” in a Quantum Measurement

Manipulation of photons in a cavity by dispersive atom-field coupling: Quantum-nondemolition measurements and generation of “Schrödinger cat” states 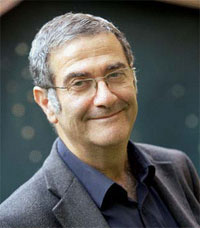 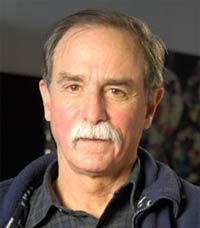